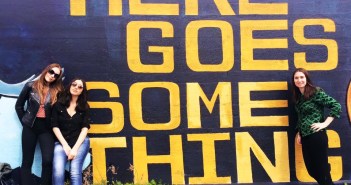 A call for artists

Recently, my sister-in-law, New York playwright Laura Bray, made a short film with two collaborators about what it’s like to audition as a woman. In Casting Call, The Project, actors read aloud the character breakdowns posted on casting call notices, exposing the stereotypes and clichés that pollute female film roles – it’s all about gender, sexuality, race, age and body type. Intended as a conversation among performing artists about the need to be their own storytellers, the project has taken off — several hundred thousand views within 24 hours of being posted on social media. 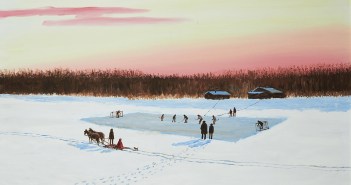 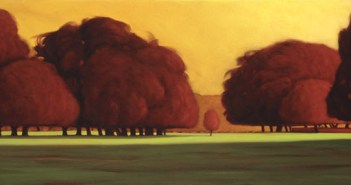 My friend Ross was a firefighter for nearly three decades before retiring a few years ago to paint full time. He says riding the city streets for countless hours on a fire truck gave him not only a thorough look at the district but also a special perspective. After a shift of two days and nights at the firehall, he’d spend two days in the studio making art. This cocktail of co-operation and teamwork spiked with solo, creative problem-solving became his life. The studio time, he says, was a way to quietly debrief the life-and-death emergencies of firefighting. 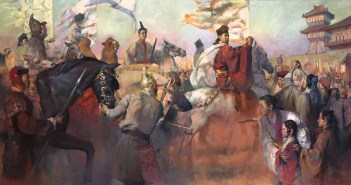 An old Chinese proverb says, “Do not grasp the brush before the spirit and the thoughts are concentrated.” This part of the creative process — the beginning part — needs to be handled with the same sort of attention as given to the later stroking. This is where you envision the potential; this is where you sort out the variables for the dish you are about to concoct. Why go for the same automatic cold rice, when almond gai-ding or egg foo-yong could be in the wok? 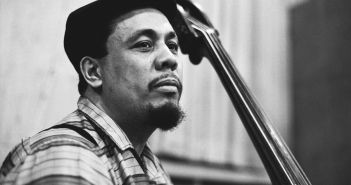 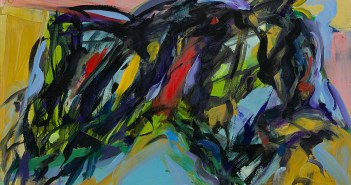 It’s a matter of getting an olive into your martini from across the bar. According to the handbook for “extreme bartending,” this sort of performance excites clients, alleviates boredom, speeds consumption, and sells liquor. Recently, while witnessing an example of extreme teriyaki, I was reaching for the wasabi when a flaming cleaver landed dangerously close to my hand. In any case, the next morning I had to have my suit dry-cleaned 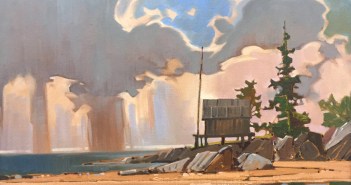 A small painting was brought into a gallery under a woman’s arm. “My ex bought it at an estate auction,” she said. “It’s mine now, but I’d like to sell.” The dealer had represented the artist for many years, so was familiar with his paintings. Formerly, they came to him direct from the easel. More recently, they arrived once in a while, like this one — by way of custodians ready to pass along the provenance. To this dealer, the artist’s larches and firs, sky flicks and French greys had been burned onto the back of his eyelids. And the calligraphic name, laid-in lower right like clockwork, was the signature move 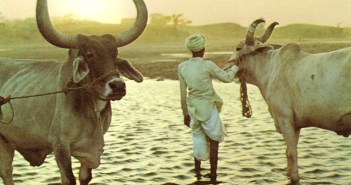 Going for the Light

I used to know a photographer by the name of Roloff Beny. Roloff was responsible for a dozen big-format coffee table books. Persia, Bridge of Turquoise was well known, as well as his famous To Every Thing There is a Season. Roloff picked an area and went through it thoroughly. A friend of the Shah of Iran, he once took a red-carpeted year to travel that country in his Land Rover. Roloff generally arose before dawn and was already set up at first light. The midday sun found him asleep in the FWD. I never did figure out where or when his faithful driver slept. As evening and the “magic hour” approached, Roloff was back on the job. “As an artist you should be in business until the time when you almost can’t see,” he used to say. A few years ago he met an untimely end in his bathtub in Rome 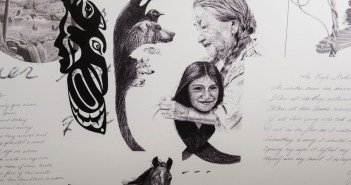 My hometown of Vancouver serves as a gateway to some of the  remote hearts of Canada’s First Nations communities. The city could be seen as merely a pass-through for purpose-driven travellers, artists and historians en route to the islands and forests of her ancestral peoples. Vancouver’s neighbourhoods-in-transition seem to be invisible. For urban dwellers, the contributions and struggles of many First Nations are noticeable most often in the form of polished, re-contextualized objects of art sold on Gallery Row or can be seen as breathtaking exhibits on the other side of town in the Museum of Anthropology