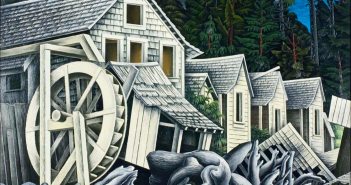 Last weekend I attended an exhibition of the work of a wide range of painters. A lot of it was photo-derived — some of it really crackerjack — others not so hot. Why is it that some people can take photographic reference and make it exciting, while others only succeed in reproducing a photo?

A lot of it has to do with the analysis that an artist gives to the reference prior to picking up the brush. Here are a few ideas you might find useful 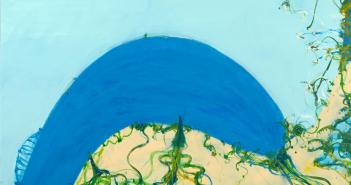 Near Sydney’s Circular Quay, a set of stone steps wanders through the historic foundations of Australia’s first European settlers. Here, convicts and pioneers of 1788 erected new lives amid gum trees and sandstone. “The Rocks” or “Tallawoladah,” as the Aboriginal Cadigal people called it, swirls today with ice cream lickers and city slickers, though its colonial past still pokes from behind the doorways of its remaining terrace houses. Across from the cutting-edge Museum of Contemporary Art and its Aboriginal masterworks nods the dusty entrance to the Julian Ashton Art School. 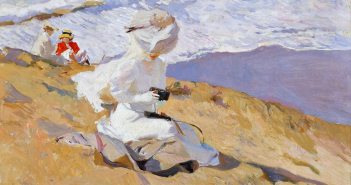 Every few days someone asks me to send a personalized checklist of things they need to do and think about while they’re painting. As everyone’s creative concept is really quite different, this is a tough order. Even though I may have looked at the work, their continued flourishing depends on a unique vision and a sense of individual entitlement. We are all specialists of some sort, and specialization demands we make our own checklists. In our game there’s no silver bullet, no one size fits all. 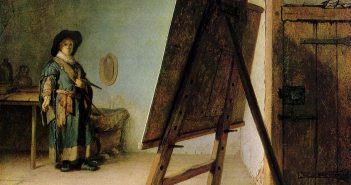 An artist who wishes to remain anonymous called to say he’d fallen out with his creative partner. As a result, he was bogged down with disappointment, bad blood and a logjam of paperwork needed to release a big idea, now begging for a clear-headed, singular captain. Apparently, this idea was special enough to be fought for, but mourning, reworking and cleansing it has drained his bank account and put a hold on other creative options, paralyzing his happiness and momentum. At the risk of simplifying his problem, I suggested he get to work right away on something else. 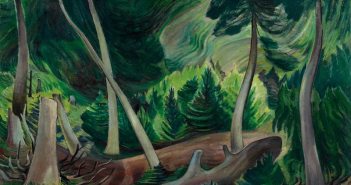 Near where I live there passes an ancient pathway called the Semiahmoo Trail. It was first used by native peoples — the Semiahmoos — then by gold seekers, and later — not much more than a hundred years ago — by the first settlers in our area. Much of it has now been overtaken by urban sprawl. Some sections have been designated a heritage trail, bike path or nature walk. In some places it calls for a strong heart — small posts mark kilometers and encourage citizens to use it to increase their heartbeat. 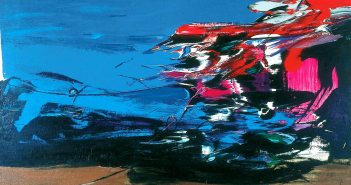 More than a few of us report that our first inspiration to pick up a brush was Les Automatistes of Quebec or Kandinsky and Der Blaue Reiter. Fast, intuitive strokes invite access to a spontaneous and visceral creative experience — an appealing prompt. Others first fell under the spell of the carefully planned masterworks of Neoclassicism, the incremental chiseling of a hunk of marble or the specific strategy required by conceptual art that leaves the end fabrication to a team of minions. This slower system, set in stages with rules and requiring concentration, focus, observation and accuracy, may have felt the most natural. 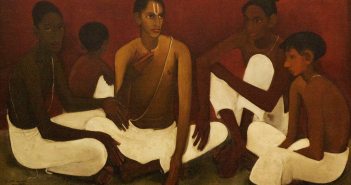 Good karma is a creative tool. By contrast, bad karma can interfere with your work, slow your progress and spoil your fun. Your words and deeds are your honour and your glory. Future power is needlessly given away every day by thoughtless moves and ignorant remarks. It’s sad to realize that most of the world’s evil begins with our mouths. Here are some karmic tips for artists: 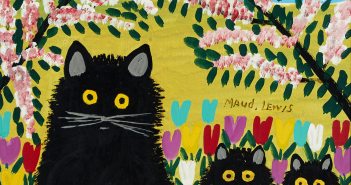 As a little girl in South Ohio, Nova Scotia, Maud Dowley suffered from juvenile rheumatoid arthritis, which kept her small, with almost no chin and other physical differences. She spent her childhood at home with her parents and brother, and when her mother encouraged her to make hand-painted Christmas cards, Maud found that she could fashion a world of her own and depict the abundance of rural life. 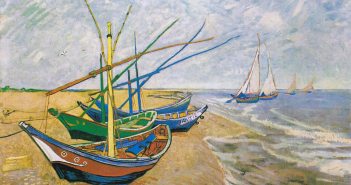 “If you want to be an artist — try being artistic.” This deceptively minor slip of info was given to me by a fellow painter, Maurice Golleau, somewhere in Provence many years ago. I’ve come to realize that it’s the life breath of our business. In other words, don’t just paint the boat, paint the most expressive boaty-boat you can drag out of your reference or your imagination.

How to do that? Here are a few ideas to think about and perhaps apply to your own subject or style: