You are at:Home»Letters»A beginner’s lesson
By ShawnA December 9, 2016 Letters

The phone rang early — it was an artist friend from the other side of Earth. A recent collaboration had left him feeling humiliated: “I compromised my vision, thinking I could get through it,” he said, “and in the end it didn’t pay off; I lost the job anyway.”

“Red on Maroon mural section 5” by Mark Rothko — In 1958 Rothko was commissioned to paint a series of murals for the Four Seasons restaurant in New York City’s Seagram Building. The space had room for seven canvases, but Rothko made thirty. Doubts about the appropriateness of the restaurant setting ultimately led to his withdrawal from the commission.

An early lesson at the bottom of my parents’ property came to mind, where I was learning to be a painter in a re-configured boat shed. A client, in search of a treasure, found the shed constraining and asked if she could commission something specific. In need of Fall tuition and hungry for the experience, I agreed and set to work on a stranger’s painting. Though the subject and style departed from the summer’s passions, I wanted to believe I could be her treasure-maker.

A few weeks later, the painting was ready to go. Like a beast of burden, it groaned under the weight of its overworking and alien vibe. It gave off, to me, an ineffable stench — a kind of forced phoniness of inspiration and execution. After a long silence, my would-be client said, “Thank you, no” and left painting-less. I never saw her again. 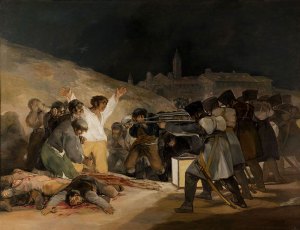 “The Third of May 1808” by Francisco Goya — commissioned by the provisional government of Spain at Goya’s suggestion.

Once alone, I let the rejection heat up like a bad rash — kicking myself for the terrible attempt and questioning my fledgling abilities in general. “Never again,” I promised my passions. I promised, whatever they were, to let them sprout, unfettered. Years later, my dad told me the story of a client who kept asking for improvements to her commissioned portrait. He eventually mailed her a box of paints and brushes. In time, we both improved at keeping commissions our own.

These days, between long stretches of muse-driven autonomy, an occasional commission is a welcome satellite to an existing, spinning world. 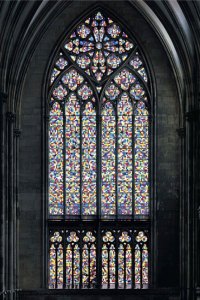 Gerhard Richter’s window in the Cologne Cathedral — Richter waived his fee and the Euro 370,000 production costs were raised by donations.

PS: “I am not afraid of storms, for I am learning how to sail my ship.” (Louisa May Alcott)

Esoterica: Artists may embrace or eschew commissions, depending on personal metabolism, flexibility, range, systems or motivations. Some artists pick up the brushes only when they’re at hand. To avoid slipping into mere fulfillment of another’s imaginings at the expense of one’s own, a clear voice must be cultivated and established, unique in its contours, the tip-off for any potential collaborator. Stake out your homestead, set down roots, make your treasure. “It takes courage to grow up and become who you really are.” (e. e. cummings) 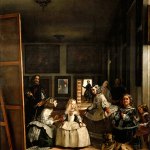 “Only you can find that passion within that burns with an integrity that will not settle for anything less than the Truth.” (Adyashanti)