You are at:Home»Letters»Accept the gift
By ShawnA June 3, 2016 Letters

On my birthday in 2005, I walked into a vintage keyboard shop in my neighbourhood and eyeballed a Wurlitzer electric piano. Portable and lightweight with a built-in speaker and removable legs, the Wurlitzer seemed like a sensible choice for a birthday folly. The next day I returned with my bank account drained, but the Wurlitzer had been sold. In its place was a 1973 Fender Rhodes stage piano — a different indulgence entirely. Not electric and made of wood instead of plastic, the Rhodes had 73 felted hammers that struck metal tines connected to an electro-magnetic pickup, like an electric guitar. Twice as heavy, she came home on a dolly — and up the stairs mostly on the shoulders of the guy who sold her to me. 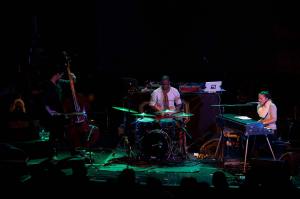 I plugged in an amp, got seated, pressed the keys, and out rang a bell-like chime — then a scratchy growl. She was barking, purring, then creamy and cosmic, percussive, then airy and rippling again. Her timbre was alive and moody; her touch, touchy — a buttery, melancholy damper, then punctuating like a celeste, or wide and electric bass-like, or nudging brightly toward a glockenspiel. “Never let go of the fiery sadness called desire,” wrote Matsuo Basho. I leapt into her billowing tide and disappeared.

It wasn’t long before my Rhodes and I were cabbing it all over New York to compete with the hum of an East Village bar room ice machine or be dwarfed on the hallowed stage of a velvet-seated theater. We crammed into my bedroom with a jazz drum kit and three-quarter bass, then journeyed upstate to record in a pitch-roofed chapel. She came up and down stairs and over April puddles and holiday snow banks, acquired new legs, pedals, flanges and latches and got her tines tuned bright, then mellow, then wah-wah, by a specialist who made house-calls. “I’m gonna make her extra funky for you,” he assured. 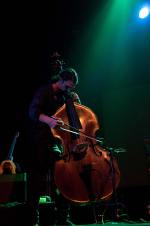 It’s been eleven years since my ’73 Fender Rhodes first came up the stairs. The shop where I bought her has long since disappeared as part of New York’s perpetual reincarnation. This week, for my birthday, I release my third album of music written on her and for her, called Lifedrawing. And it’s for you, too — you can find it here. 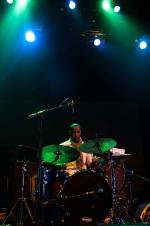 PS: “I don’t think there’s anything wrong with the action on this piano.” (Ray Charles, The Blues Brothers)

Esoterica: Ray Charles, Stevie Wonder, Donny Hathaway, Keith Jarrett, Chick Corea, Led Zeppelin, Herbie Hancock, The Doors, Billy Preston’s solo on The Beatle’s Get Back, Vince Guaraldi’s Peanuts themes for Peppermint Patty and Joe Cool, Michael McDonald’s I Keep Forgettin’, Elton John’s Daniel, Bob James’ Angela theme from Taxi and Billy Joel’s Just The Way You Are have all been besotted by the gifts of the Fender Rhodes. “Who are we, together?” I ask mine, knowing she had a life before us. A year younger than me, my Rhodes’ leather covering peels from her corners and her volume knob is smooth from previous outbursts. From the foot of the bed, she elucidates the meaning of her presence: “Accept the gift.” (Robert Genn, The Dreamway) 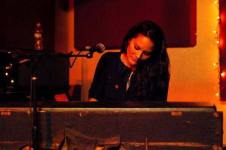 “The creative mind plays with objects it loves.” (Carl Jung)