You are at:Home»Letters»Anders Zorn
By ShawnA December 13, 2016 Letters

A friend who will remain nameless is a big collector. He knows the price of everything and the value of nothing. We were feet-up, scotching ourselves when I started foaming about the watercolours of John Singer Sargent. “Didn’t know he did them,” my friend announced. “He was a society painter, wasn’t he?” There was no point in continuing. Then I mentioned Anders Zorn. “Never heard of him,” he said. I tried to fill him in. 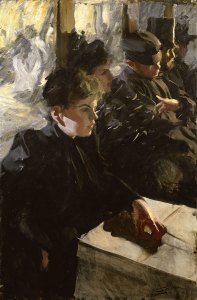 Anders Zorn (1860-1920) was a Swedish painter, etcher and sculptor. Out from the Stockholm Academy in 1881, he traveled widely — London, Paris, the Balkans, Spain, Italy, USA. He made himself into an international success. Acclaimed at the 1900 Paris Universal Exhibition, he was awarded the French Legion of Honour. In Paris he was best buddies with Rodin. He kept moving and along the way painted three US Presidents. While his early works were often brilliant, luminous watercolours, by 1887 he had switched firmly to oils. Back in Mora in Sweden, married and settled, he built a home which is now a museum dedicated to him. Zorn painted portraits, scenes depicting rustic life and customs and female nudes. These healthy and voluptuous girls are the works that have most endured. You can see them tucked away in many of the world’s great museums. They take your breath away. 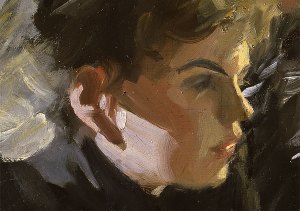 In Zorn you can see lush stroking and a brilliant understanding of warm and cool light, colour-loaded shade areas, sophisticated grays and reflected light. He built simple, bold, often monochromatic or analogous colour schemes in casual compositions. Like Sargent, he had an uncanny way of rendering what was before him, making it look hasty and flawless at the same time. Some of his decentralized and happenstance views have a decided “off-screen” look.

“Not bad,” said my friend when I flashed him a few from my books. “What do you see in that?” he asked, pointing. I told him I thought Zorn’s work was full of wisdom. “I guess to a guy like you it’s a living, breathing education,” he said. I agreed. “Mannerist,” he said. It was a word he knew. 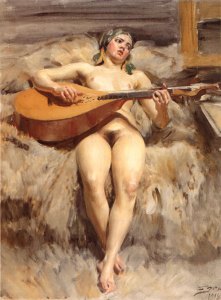 PS: Knowledge can be communicated, but not wisdom. (Hermann Hesse)

Esoterica: Among my all-time best tips I forgot to mention sticking one’s nose right up to Zorns and cruising them slowly. I was caught doing this I think in Boston. The guard suggested I stand back. “Oily noses can spoil art,” he said. I wondered about the generations of oily noses that might have marveled there, and how much those closely-monitored noses might have learned over the years. “By three methods we may learn wisdom: First, by reflection, which is noblest; second, by imitation, which is easiest; and third, by experience, which is the bitterest.” (Confucius) 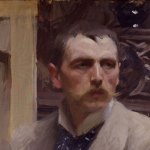 This letter was originally published as “Anders Zorn” on February 22, 2005.

“Wisdom consists in doing the next think you have to do, doing it with your whole heart, and finding delight in doing it.” (Meister Johann Eckhart)