You are at:Home»Letters»Art and stress
By ShawnA October 2, 2018 Letters 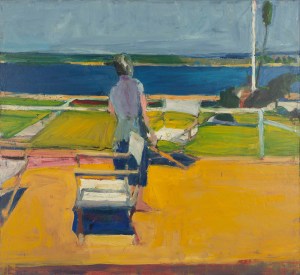 That’s not to say that some stress isn’t valuable. Here’s something that may surprise you: Researchers at Stanford University School of Medicine have found that when baby monkeys are subjected to a lot of stress, they become less clingy and more adventuresome as adults. The doctors surmise that this goes for all primates. The thinking is that stressed young may be better able to put their fingers on the early sources of stress and thus learn skills to reduce stresses in later life.

When an artist has stress — either from interpersonal problems, creative frustration, or other studio nags such as bank balance or dealer pressure — a self-education with the highly regarded Stress Inoculation Training (SIT) might just be useful. The idea with SIT is to focus on specific stress triggers — one at a time. 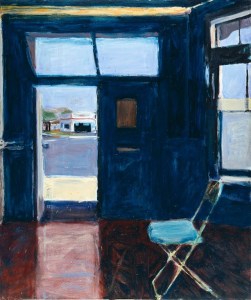 Identifying (and more or less understanding) the source of the stress leads to a careful examination of the evidence in each particular stress zone. Very often we find we are generalizing, magnifying or making cognitive errors in our judgments of situations. Whether the trigger is genuine or exaggerated, the stressed artist needs to play the role of the calm, objective observer — “The Perry Mason Role” — even when “calm” is farthest from the mind. This role-playing is vital — it’s my experience that artists can be particularly good at the game. By reframing the source, a chronic stress is reduced to a recurring annoyance. The script has been rewritten.

Other stress-reducing ploys are well documented. Watering plants, tending goldfish, reading, meditation, yoga, exercise, journaling (no whining), music, lavender and herbal tea may tame the beast, but they do not neutralize the source in the way that SIT seems to do. Unfortunately, creative people in particular are moving targets. For example, as most of us know, sitting at an easel may salve stress one time — at other times it may stress us out even more. 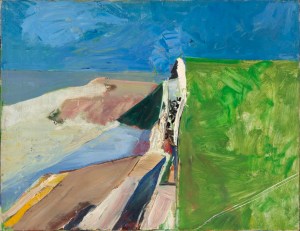 Esoterica: When all else fails there is always work. Someday I’m going to write a book called “The Easel as Avoidance Activity.” After a period of time a committed artist can come to the conclusion that the easel solves everything. While keeping the stress-bearing wolves at bay, it is its own panacea and its own dominion. As Louise Nevelson said, “At my easel I’m as happy as a cow in her stall.” There’s definitely something about the easel and the stuff that goes around it. Outside the studio, the moles making a “World-War-One-Landscape” out of our lawns have been reduced to a “natural phenomenon.”

This letter was originally published as “Art and stress” on September 29, 2006.

“My freedom will be so much the greater and more meaningful, the more narrowly I limit my field of action and the more I surround myself with obstacles.” (Richard Diebenkorn)