You are at:Home»Letters»Collectors of Art
By clearmarble October 21, 2014 Letters
Dear Artist, For many of us, our solo shows are the nights when we get to meet the people who make it all possible — our collectors and those angels who connect with them, our dealers. The doors open, wine is poured and everybody wanders around and looks at your stuff. While there can be a bit of tension and even anxiety, it generally turns out to be a fun evening. 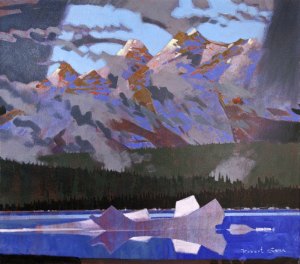 I’ve always been curious as to who and what kind of people they are. Of course there’s the regular demographic of doctors, dentists and accountants. But you can’t generalize — there are all types: young and old, rich and poor. Some of them come only to check that your prices have gone up, and quietly leave when they are satisfied that the universe is unfolding as it should. Other artists, friends and camp-followers will show up. But also those who have caught the bug that’s going around — just as some collect stamps, old cars, or corkscrews, these ones collect art. In some ways they are really collecting you. I often think that the anecdotes that go with some of the paintings — as passed along by a sensitive dealer — are as important as the work itself. 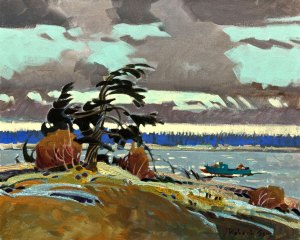 For what it’s worth and at the risk of being too exclusive, there is one type of collector that is prevalent — in my world anyway. It’s a couple. They act and collect in unison. They may already have six of my paintings and twice as many again of other artists. They collect impulsively and know what they like. They do not read art magazines. They lead active lives, travel frequently and have a wide range of interests. They have more than one home. They often haunt antique stores for just the right chandelier for the cottage. They are self-starting entrepreneurs who are used to making decisions. While they may discover works independently, they frequently make those decisions in collusion with one another. The act of collecting turns them on. They may have passed the bug to their kids. They often limit themselves in their range of collecting, but they are not always “conservative.” Above all, these folks have stellar relationships that you can see and feel. Together, they have an inner beauty that shines around any gallery. Their cups run over with love. 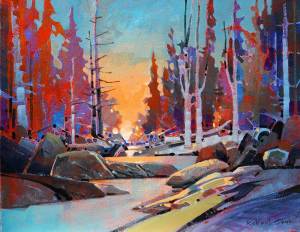 Best regards, Robert PS: “Collecting at its best is very far from mere acquisitiveness; it may become one of the most humanistic of occupations, seeking to illustrate by the assembling of significant reliques, the march of the human spirit in its quest for beauty.” (Arthur Davison Ficke) Esoterica: Collectorship may also be a phase. I’ve noticed that some collectors fill their walls and are content with what they have. Their collectibles become the wall-icons of their lives. Satisfied, they move on to other things and their early acquisitiveness serves them and continues to speak to them well enough. “To love a painting is to feel that this presence is not an object but a voice.” (Andre Malraux) This letter was originally published as “Some collectors of art” on September 20, 2002. Also included are selected paintings from the exhibition, Honouring a Lifetime of Painting: Robert Genn (1936 — 2014), opening at 4 galleries across Canada on Saturday, October 25, 2014 with family in attendance.   [fbcomments url=”http://clicks.robertgenn.com/art-collectors.php”]  Featured Workshop: Carla O’Connor