You are at:Home»Letters»The buddy system in art
By clearmarble February 28, 2003 Letters

If you’re going swimming, you’re better off if you swim with a friend. So goes the theory. Folks who get together and paint on Thursday mornings know what I’m talking about. There’s something to be said for collective consciousness, shared energy, or maybe just the joy of like-minded companionship.

Here’s a buddy system for studio-introverts or home-workers. You need a telephone friend who is in the same business, some music and a clock. Squeeze out and get all your stuff in order. Phone your friend and propose a time-frame. Two or three hours are good, or it can be until your tray of Mozart runs out. Make an agreement not to stop until the appointed time. It’s fun to give an exact start, like a starting pistol. Bang. As you may have noticed from my previous letters, I’m a believer in fast and furious. It’s an automatic work-freshener and you’ll be amazed how much the two of you can get done when you keep on pushing. When the agreed period ends phone your buddy and compare notes. Not surprisingly, across the wires, there’s a feeling of cosmic connection.

If you have a digital camera, you might now shoot, jpeg and email an exchange. In today’s world this minor miracle can happen in less than 60 seconds — even if you’re in Wakanacksak and your buddy is in Dover. If you’re into mutual critiquing, you can be each other’s best buddies. A small jpeg actually gives an advantage. Compositional problems pop out in ways that are not always available to the creator who’s sitting in front of his or her effort. Sometimes, what you thought was still unfinished, gets a surprising applause from across a puddle. Start collecting each other. Make regular dates.

My epiphany arrived when I realized that my art turned out best when I embraced it as an event. When you have a like-minded buddy, it’s easier to make it into a memorable one.

PS: “On Monhegan Island, Robert Henri and George Bellows had a contest to see who could make the largest number of oil sketches in one afternoon.” (Eunice Agar)

Esoterica: My best painting buddy has now passed away. His name was Jack Hambleton. He painted in watercolour, oil and acrylic. We had fun together. “Sit down and shut up,” he used to say. That was his way of telling me to pay attention to what I was doing, be more efficient, and to push against my self-imposed limitations. “Without him I would have given up.” (Renoir on Monet)

Is there a buddy out there?
by Marnie Elliott

What an interesting concept! I know that from time to time I need the spur of pressure from outside to get going and this seems a novel way of doing it. If there is anyone out there who would like to try this experiment with me, I would love to hear from you. I work in watercolours and acrylics and am mostly self-taught. 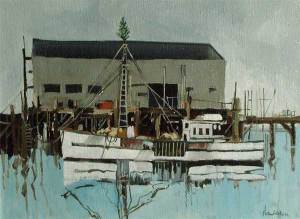 I was saddened to learn about the death of Jack Hambleton. I grew up in Kelowna, BC, Canada, and his gallery was like a little oasis or beacon in, what in my teen years, felt like a dark cultural desert. I have fond memories of Jack framing my first drawings for exhibition. He helped legitimize my art at a time when, to do art in my family, was tolerated and somewhat encouraged, but with always a sense of ‘he really should be doing something practical.’ Somehow Jack, unbeknownst to himself perhaps, helped me feel that what I was doing was important. Thank you, belatedly, Jack.

(RG note) Jack was an unusual guy. He was a prolific artist and an active gallery owner who could change roles at the drop of a hat. With a background in design and display, his compositions were graphically sound with a good sense of gray-scale. As you say, Jack was a mentor and had a soft spot for anyone who was making art. The gallery that he founded still exists under the ownership and management of Stewart Turcotte. Jack and I had a little pact when we were travelling in the car. No matter who was driving, when one or the other yelled “stop,” the driver had to pull up immediately. This got us into trouble a couple of times. Once, in the city of Bordeaux, France, the Alfa was quietly towed away from behind us while we painted for a few minutes on a narrow footbridge. Jack was also a bit of a philosopher. Once, while working together in Alaska, he turned to me and said: “In the land of the untalented, the slightly-talented can be kings.” Some of Jack Hambleton’s work can be seen at Hambleton Galleries in Kelowna, BC, Canada.

You hit near & dear to my very soul when you wrote about painting buddies. About a year and a half ago, feeling the depression of the Great North and being a plein air painter, I founded an international group on the web with the sole purpose of plein air advancement and encouragement when the dead of winter set in. We are an active group of 80+ members worldwide and we have a group ‘vision’ each week called “Tuesday’s Child” with a suggested theme. These buddies have kept me painting year round. We’re planning the first IPAP worldwide ‘paint out’ this fall. 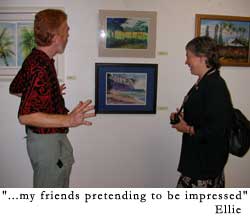 How serendipitous! Another one of our community, Jolene Monheim from Montana is here on Kauai and we have had a painting day and a hiking day and we were lamenting that we don’t live near each other (and never will because her hubby collects snakes, etc., that cannot come to Hawaii). And then your letter came about a long distance buddy system! We are going to set up times and digital pictures, etc. What a GREAT idea. 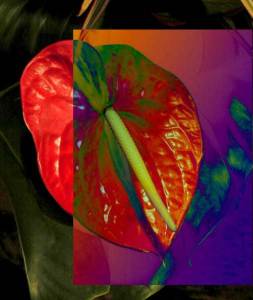 I’m in Kauai now and looked up Ellie Snyder and we’ve had a good time getting to know each other. I couldn’t resist adding to the comments on the erotic art show. The first time I saw the full frontal view of an anthurium, I actually blushed. Can you imagine, the creator so explicitly combining the male/female procreative organs in one beautiful flower? It’s amazing there isn’t a movement somewhere to censor the cultivation of this plant, or at least a warning label so the general repressed public doesn’t get any notions about how blatantly creative (and humorous) God really is.

I enjoyed your letter regarding burning your old dog paintings. Right next door to where I live is a Salvation Army thrift store, and I am always in there on the look out for old stuff. I have gathered quite a collection of canvases which artists or owners have decided to donate, rather than put them out of their misery. Sometimes they even provide a matching frame!

Do you know if it is possible or advisable to Gesso over an oil painting? I wondered in case this was not a good thing to do for the long-term stability of any work I do. Thanks for your help and the inspiration you provide.

(RG note) Water-based primers over oil are not advisable. I recommend sanding the offensive oil painting until it is evenly dull. Then prime with an oil or alkyd based gesso or other primer. (Gesso is traditionally made from a combination of animal hide glue (rabbit), titanium dioxide, marble dust and water, and does not sit on oily surfaces very well.) Give some consideration to partial priming — that is a kind of scumbled or semi-transparent priming. This is the compromise between fighting the jinxed image underneath — and yet taking advantage of some of the subtle tones that are left behind. You might be interested to know that writing over the top of other writing is known as a palimpsest. I call paintings that take advantage of former paintings “palimpsests.”

This may not be a new take on recycling ‘dogs’ but I am at the moment painting with someone (an instructor) who has a different idea on the future of what might be considered a ‘dog.’ The technique she espouses is called ‘scrub-a-dog.’ It is actually a watercolour that has no future ever, and is taken to the sink and scrubbed lightly with a plastic scrubber (gently of course). The result is a somewhat cloudy piece of rag paper (of good quality) which can either be worked on in the wet in wet technique or allowed to dry flat (or stretched). I personally like working on this somewhat murky looking surface. I have had at least two successful paintings doing this. Being fairly new to the art scene, I may seem a bit naive, but practically speaking, it seems better to me than banishing this wonderful paper to the trash heap. My times spent painting are like a glorious journey, with a window on a world that could be.

Sharing and support
by Joan Gaetz

Book a set of exercises
by Susan Battin Nablo 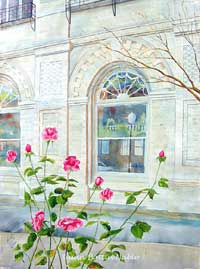 Our community may be interested in reading How to Think Like Leonardo daVinci by Michael Gelb. I’ve not seen a reference to it on your site. I found it to be an incredible set of exercises designed to develop your creative aspects. It isn’t written for artists, but is intended to get non-artists in touch with a creative thought process. In my opinion everyone has their own creative niche and so are in a sense, artists. I suppose, however, that we all struggle at different levels with our ability to engage and then integrate our mind, body, spirit, and soul. 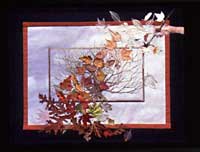 This twice-weekly reading has become such an enlightening and fun habit, I don’t want to lose a day. I was equally satisfied with the political responses and thank you for including all. I appreciate the varied subject matter of the letters (can’t believe you can do this writing and paint as well) and most of all the thoughtful responses.

In reading this letter I have become curious about how I would be able to take an idea of another artist and develop a marketable similar object. What I am speaking about is a chainsaw sculpture that I saw while traveling. The sculpture is of an animal that has been photographed many times in the wild in a similar pose so it is not unique to the sculpture that I saw. As this is a wild animal how would I be able to replicate it without being accused of copyright infringement as it is only through photographs of many different publishers that I am able to reproduce it.

(RG note) How were you intending to replicate the sculpture you saw?

(Joanne) I was planning on doing it in plaster and then staining or painting it — which ever is going to work out the best. The other is varnished wood. If I go to the staining I would try to do a brownish with antiquing black. Any suggestions?

(RG note) I’ve noticed that replicating someone else’s art in another medium doesn’t work very well. In a chain-saw piece, for example, the saw-marks and gouge shapes probably contribute to the energy. This would be hard to transform into clay or other soft media. The copyright aspect for an oft-photographed model is a non-starter and would be difficult for a complainant to make stick. The challenge in your situation is to figure out a way to make your animal more expressive in the medium you have chosen. If it’s a moose, make it more moosy. If it’s a mouse, make it more mousy. 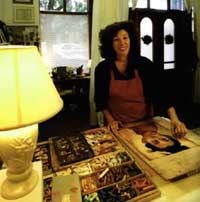 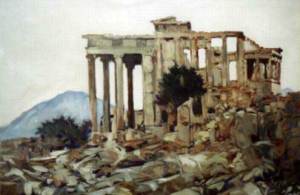