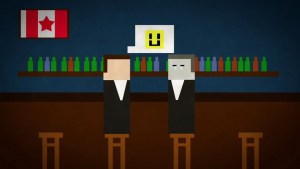 Kindness To A Stranger
directed by Sam Bray

Among other things, Sam showed me a recent digital video he produced, wrote, scored and animated. The two-minute piece has won plaudits Down Under and now seems poised to invade Asia. It was Sam’s first fully digital piece. “The thing didn’t take any time at all.” said Sam, “Less than a day. And that’s where I’m having my trouble with it. It seems to me that something like this should have taken more time, more thought — at least a little bit more slaving.” “Slaving does not a masterpiece make,” I told him, “but it sometimes helps.” It’s a conundrum that exists in all creative media. Picasso was a thoughtful and careful guy, to the point of spinning out reams of sketches and “rehearsals.” But he could still finish four decent-sized oils before stepping out into the Rue Maupassant for breakfast. Every artist who ever lived is familiar with both the slaved-over abomination and the seemingly tossed-off masterpiece. Digital work undoubtedly has different pitfalls than a plein air landscape, but I’m willing to bet it has similar antidotes: Planning, improvising, essaying (trying different ploys), rescaling, understating, flair, style, occasional surrendering to outrageous technology, the power of boldness, avoiding the obvious, varying a theme, surprising the eye, repeating a motif, multiplicity, inventing, taking the pause that refreshes, abandoning (temporary and permanent), beginning, beginning again, beginning again again, getting excited, loving the stuff, etc. No matter what your disciplines, you need your own personal lists. Regarding digital, to get an idea of the pitfalls that might be spread out ahead, as well as the unmitigated fun you’re likely to have, you may need to talk to someone like Sam. Perhaps you have some suggestions for him. Best regards, Robert PS: “Boldness has genius power and magic. Engage and the mind grows heated. Begin, and the work will be completed.” (Johann Wolfgang Von Goethe) Esoterica: Antidotes — call them preferences if you like — can be utilized only by “the fine art of actually doing.” Keep doing it and you’ll gradually begin to feel less guilty. Keep doing it and you’ll fall in love.   [fbcomments url=”http://clicks.robertgenn.com/conundrum.php”]  Featured Workshop: Julie Douglas 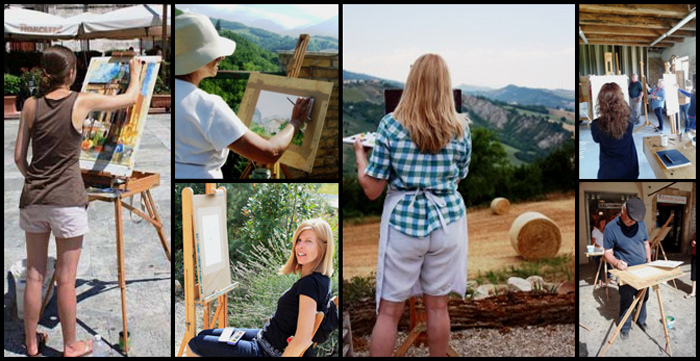