Spaniards are particularly hostile to photography in Public Art Galleries. This is unfortunate because some of the more interesting Murillos aren’t in the books. I love details of the paintings I love. That’s how I came to invent the abdomen-camera. It’s an ordinary auto-advance, auto-focus viewfinder camera upside down and barely poking out of one of those money-belt pouches that tourists are wearing these days. I’ve rigged mine with a cable release that goes down inside my pants and up through a hole in my pocket. Thus, moving nonchalantly, hands in pockets, I aim my stomach here and there and take photos under the noses of gallery guards. 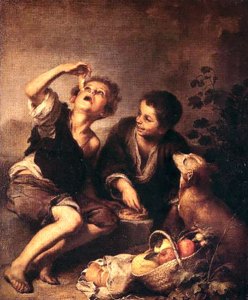 “The Human Camera,” I say to myself as I move among the tables of a Seville restaurant and take belt-high candids of stylish chicas and chicos. A techno-man who has the capacity to grab and conserve protected artifacts or a slice of the human condition at an exact time and place, silently, pleasantly, without a ripple of suspicion or the hint of pose. For the purpose of libel or espionage the ab-cam would be illegal. I’m consoled and empowered by my benign harmlessness. 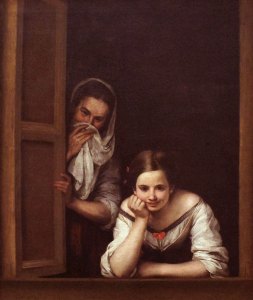 “I have gradually confused photography with life,” said photographer Jerry Uelsmann. It’s the sort of dementia that strikes artists of all stripes. It’s particularly virulent when we manage with our devices a degree of proficiency — we are hooked and addicted.

Creative invention is the artist’s way of making easier the jobs we must do. What’s to be done about the artist who gives in and practices this kind of subterfuge? 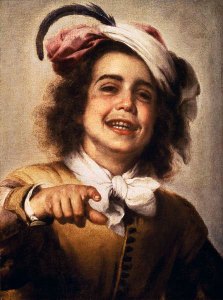 PS: “Necessity is the mother of invention,” (Latin proverb)

Esoterica: Seville’s the place to see Murillos. His forceful rendering of everyday subject matter made him the 1600’s toast of the town. His remarkably competent religious pictures evoke sweetness and humility rather than ecstasy or severe virtue.

This letter was originally published as “Creative invention” on December 8, 2000. 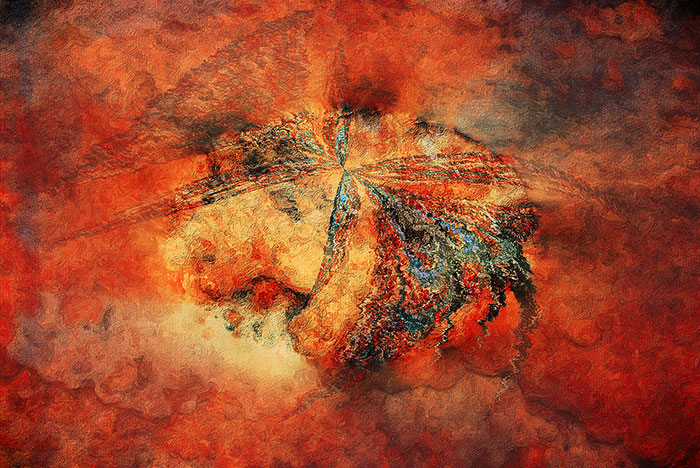