You are at:Home»Letters»Creativity methods
By ShawnA March 27, 2018 Letters

In looking at quotes, you have to ask two questions: “Is it true?” and “Is it true for me?” You have to be careful in this quotation game. Take, for example, this quote of Claude Monet from a letter to Gustav Geffroy: “No one is an artist unless he carries his picture in his head before painting it, and is sure of his method and composition.” 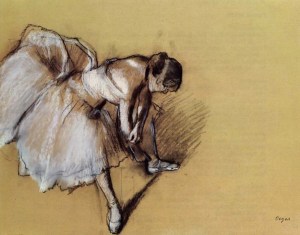 Even Monet, with all his thoughtful brilliance, was still a man of his times. Think of all of those paintings before, but mostly since, where no picture at all existed anywhere near its final form in the head of its creator. The idea of preconception is a popular one, and a reliable one at that, but it’s not necessarily true to the spirit of creativity. There’s a whole world out there for artists who think on their feet, move this to satisfy that, and let the painting tell them what it needs. It’s riskier — there’s going to be a loser or two — but it’s a lot more fun.

Here’s the single most compelling reason for winging it: It keeps you interested. 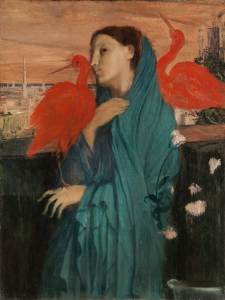 Of course, you have to know your methods, their variations, and when to break the rules. Some of us have spent a lifetime putting methods in our pockets — but to suggest you always have to stick to one puts the activity on the level of knitting. In, over, under, off. And composition: Yep, poorly conceived compositions are the cause of more misery than perhaps any other aspect of quality art-making. It’s sure nice not to be stuck with a composition that looked okay in the rehearsal.

The point is that lots of fine people, even artists, say one thing and do another. More than a few times Monet sewed extra canvas on one end or sawed an inch or two off the bottom in order to solve his problems. That’s creativity. 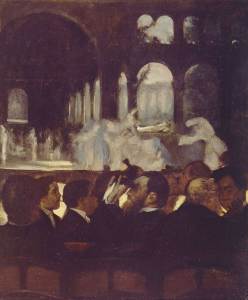 PS: “Only when he no longer knows what he is doing does the painter do good things.” (Edgar Degas)

Esoterica: Paint-by-Numbers. In 1949, an unemployed artist by the name of Dan Robbins invented a system that made it possible for the masses to get satisfaction painting between the lines. After being relegated to the garage along with the hula-hoop, Craft-Master and PBN (Paint by Numbers) are now making a comeback.

This letter was originally published as “Creativity methods” on September 26, 2000.

“One reproduces only that which is striking; that is to say, the necessary. Thus, one’s recollections and inventions are liberated from the tyranny which nature exerts.” (Edgar Degas) 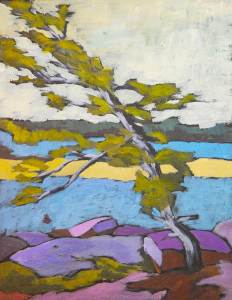 Killarney is a special place to paint. Huge granite cliffs, sparkling lakes, near North forests. There are no roads. We take a stable pontoon boat to all painting locations.

Keith is a post-impressionist painter and teaches compositional fundamentals, how to bring order out of the chaos of a live scene when painting en plein air, plus how modern colour theory can make colour mixing easy.