You are at:Home»Letters»Deja vu
By sara genn November 26, 2019 Letters

One foggy morning, I was painting on the edge of the Seine within a few miles of Monet’s home in Giverny. In the distance and coming upstream toward me was what looked like an American birch-bark canoe. Barely able to make out the unlikely apparition in the mist, I figured the canoe to be haphazardly made, and its occupants to be two teenage boys. Sure enough, as the canoe came alongside, it was a patched-up mishmash paddled by a couple of kids who had probably overindulged on The Last of the Mohicans. 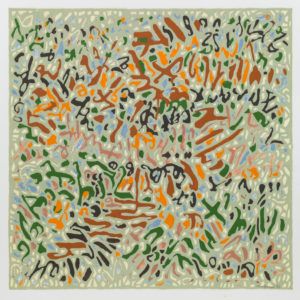 It didn’t hurt that I knew a wonderful story about Jean-Marie Toulgouat. Born in Giverny in 1927, the year after Claude Monet died, Toulgouat, as a boy, had taken painting lessons from Blanche Hoschede Monet, one of Claude Monet’s adopted daughters. Sometime near the beginning of the Second World War, Jean-Marie and a school-friend built an American Indian-style canoe. The story goes that they soon ran out of proper boat-building materials.

“Blanche provided the answer to the boys’ problem,” reported the London Daily Telegraph on the occasion of Jean-Marie’s death in 2006. “In old age, Claude Monet had been in the habit of having his gardener burn those of his pictures which he had come to consider not good enough. Blanche had tried to impede this by instructing the gardener covertly to store the condemned paintings in the garage. She now told Jean-Marie that he could finish off the bow and stern of the canoe with pieces of these canvases. Thus Jean-Marie and his friend paddled the Seine in a boat partly constructed from the works of Claude Monet.” 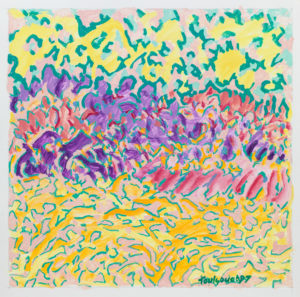 Toulgouat grew up to become a popular painter. But his greatest legacy was his restoration of Monet’s home and garden in Giverny. The property, which was almost derelict by 1970, is now a National Historic Site. More than a million visitors pass through the studio, home and garden every year. On Mondays you can paint on the premises. If you get a chance, please drop me a note. I’m curious if others have experienced a deja vu while painting.

Just in case you’re wondering, Toulgouat’s canoe was later reported to have been burned.

PS: “Lots of people will protest that it’s quite unreal and that I’m out of my mind, but that’s just too bad.” (Claude Monet)

Esoterica: I’ve had several of my best deja vu in France, particularly in Brittany and Normandy where my deGennes Huguenot ancestors came from. Maybe the phenomenon has something to do with the nature of painting itself. Whether we like it or not, every work of art is a reworking of something else, of something that happened before. Even the wildest abstractionist on the very cutting edge knows in her heart that a gesture, a stroke or combinations of colour or line have somehow been done before and are merely coming around again. “We go forward,” said Marshall McLuhan, “looking in the rearview mirror.” 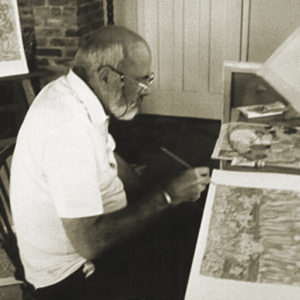 This letter was originally published as “Deja vu” on November 27, 2012.