You are at:Home»Letters»Dreamtime
By ShawnA August 18, 2017 Letters

Last night, I dreamt about being part of a group of friends who, one by one, were consumed by a giant python. Before anything permanently terrible happened, the python spit us out and everyone survived. This morning, I went to Google and, according to Carl Jung, the snake dream was a kind of subconscious, impending transformation. As soon as I read this, I felt my skin loosen and start to peel. 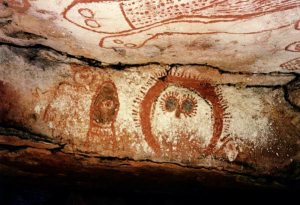 Wandjina with Serpents — Dreamtime is a term devised by early anthropologists to refer to a religio-cultural worldview attributed to Australian Aboriginal beliefs.

“Dreams,” wrote Jung, “are the guiding words of the soul. Why should I henceforth not love my dreams and not make their riddling images into objects of my daily consideration?” Like Jung, I wondered how I might harness these nocturnal pictures and if their vividness could have something to do with my day job. Do artists make good dreamers? 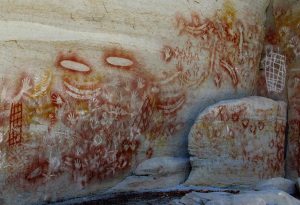 When researchers at the University of Iowa tracked the sleep of 193 students over several months, they noticed that most people remembered their dreams about half the time. The students were asked to fill out a questionnaire to describe their personality traits, record what time they went to bed and woke up and if they’d had alcohol or caffeine within 4 hours of bedtime. Contrary to popular belief, luxuriously long sleeps of premium quality didn’t much affect dream recall. The best dreamers — those with regular, colourful recall and complex details — were also wanton daydreamers with absorbed inner lives. These raging fantasizers also reeked with poor and irregular sleep habits. 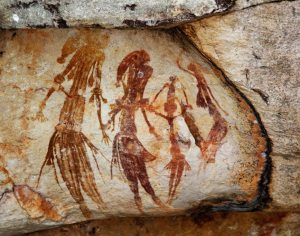 “There is a fundamental continuity between how people experience the world during the day and at night,” concluded University of Iowa Professor of Psychology David Watson. “People who are prone to daydreaming and fantasy have less of a barrier between states of sleep and wakefulness and seem to more easily pass between them.”

PS: “If one is lucky, a solitary fantasy can totally transform one million realities.” (Maya Angelou) 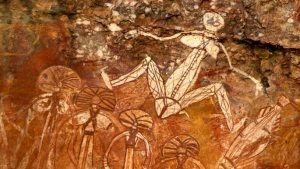 Esoterica: Painting, like creative writing, is at times inappropriately corralled into one of two exclusive camps: reality or fantasy. If you find yourself restricted by one or the other, why not, as an exercise, awaken to borrowing from the other side? In the movies it’s called “day for night” — a cinematic technique where you shoot to simulate a night scene while filming in daylight. At the easel, might we steal from our dreams to colour, reorganize and transform the day? “Come Fairies, take me out of this dull world, for I would ride with you upon the wind and dance upon the mountains like a flame!” (William Butler Yeats)