You are at:Home»Letters»Elements of form
By ShawnA November 22, 2016 Letters

The shaping of form is one area where many artists get into trouble. In the old days students were encouraged to paint and draw cones, pyramids, blocks and spheres until they were blue in the face. It’s no wonder that so many of the classically trained painters knew how to render form. Today, for those who would master form, there is no recourse but to study and practice. 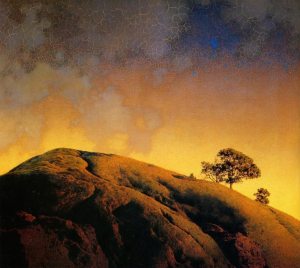 Many commonplace subjects such as rocks, clouds and faces follow the simple dictates of those classic shapes. They need to be seen as “forms under light.” When you see the rigmarole that masters like Maxfield Parrish went through to get things right, a little more effort by us seems acceptable. With this sort of thing comes the realization that some shapes are complex and compound, so require more than the average understanding and application. Still, no matter how daunting, they break down to those first blue-faced lessons.

In today’s arbitrary and less-schooled environment, there’s a valuable technique that is readily self-taught. It’s actually one of the essential processes of enlightened art-making. Think of the forming of objects as a two-step process. The first step involves the casual placing of the approximate shape in as few strokes as possible. The second step is to re-examine what you did — often after a bit of time and through squinted eyes — and ask yourself what form the shape or object can most easily become. Often a highlight, a shadow, or a designated facet is all that is needed to form it up. The simpler the means, the better. With this expedient, forms stay fresh because they are not tortured or cajoled out of photographic reference or subjected to the slavish imitation of nature. For many of us, the most effective illusion of form will have evolved from what was suggested in the strokes of the first step. 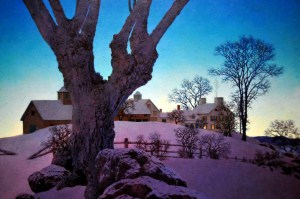 Form is further defined by other factors. Negative surround, core area, cast shadow and reflected light are four of them. These are also basics that were hammered into the classical masters. At the same time, it’s fine that not all of us care about form. We live in an age when the masters of form are often disparaged — and various other trends rule the game. So it’s no wonder that many who might wish to understand and use form are blindsided to ineffectual skirmishes in the dark. 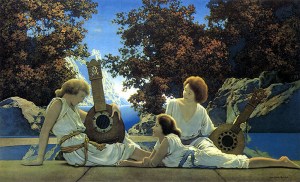 PS: “There are no concrete or abstract forms, but only forms which are more or less convincing lies.” (Pablo Picasso)

Esoterica: A good way to approach form-finding is to “feel the form.” You need to think in a tactile way. Henry Moore pointed out that a child learns more about roundness from handling a ball than from looking at one. Another, often neglected, method of finding form is to vary the distance between the eyes and the art. It’s easy for artists to get into the habit of not moving around enough. Robert Henri noted, “There are forms that can only be seen when you are near a painting, others only appear when you are far away.” Artists need to have ants in their pants. It’s a good use for ants.

This letter was originally published as “Elements of form” on November 17, 2006. 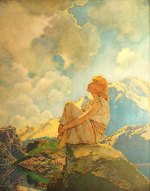 “The hard part is how to plan a picture so as to give to others what has happened to you. To render in paint an experience, to suggest the sense of light and color, of air and space.” (Maxfield Parrish)