You are at:Home»Letters»Ernest Hemingway’s Cuban Home
By ShawnA December 26, 2017 Letters

In 1954, when Ernest Hemingway learned that he had won the Nobel Prize for Literature, he remarked, “This prize belongs to Cuba, since my works were conceived and created here, with the inhabitants of Cojimar, of which I am a citizen.” Attracted at first by marlin and swordfish, Hemingway fell in love with Cuba and moved here in 1939. 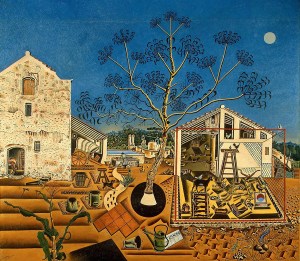 For Hemingway, Cuba meant new scenery, new people and a clean start. From his experiences as an ambulance driver in the First World War, as well as in Spain, Chicago, Toronto, Michigan and Key West, he knew the value of a sense of place. In Cuba, the clatter of yet another language left his mind to form its own.

Here in the grounds of Finca La Vigia we step over a cemetery for his many cats and lay our hands on his trusted boat “Pilar.” In his home of 8,000 books, hunting and fishing trophies look down from the walls. Here is the table with the typewriter on which he wrote, The Old Man and the Sea. It’s a story about a Cuban fisherman who hooks into a giant marlin. Over four exhausting days he tries to get the fish alongside his tiny boat. Finally the marlin is attacked, devoured, and reduced to nothing by sharks. The irony is not wasted on creative people. Hemingway saw that life everywhere was fighting for its life. Life was struggle. He saw it here. Right here he finally and truly realized that the main thing, the most important thing, was courage. 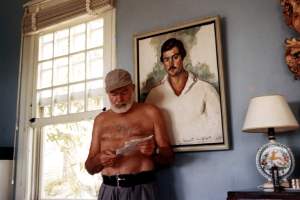 As our year rolls around and comes to an end, there seems to be opportunity for a new beginning. The first day of the New Year becomes a time for resolution and renewal. We reassess the year just past. We cast an eye to those we might admire. Hemingway inhaled life, adventure, love, laughter and challenge. He was a man of action. “Never mistake motion for action,” he said. Hemingway was to stay on here for twenty productive years. “His aim was to convey vividly and exactly moments of exquisite importance and poignancy.” (Charles Scribner, Jr.) 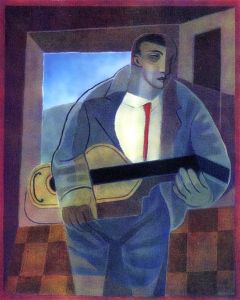 Esoterica: Ernest Hemingway (1899-1961) in The Sun Also Rises and A Farewell to Arms, became the spokesman of the disillusioned “lost generation.” He was the inventor of a hard and terse writing style and no stranger to the creative struggle. “When I have an idea, I turn down the flame, as if it were a little alcohol stove, as low as it will go. Then it explodes and that is my idea.”

This letter was originally published as “Ernest Hemingway’s Cuban Home” on December 27, 2002.

“Always quit for the day when you know what you want to do next.” (Ernest Hemingway)