You are at:Home»Letters»Faith, Hope and Charity
By clearmarble October 28, 2003 Letters

Near the entrance to Roberts Bay on Lake Joseph there are three small islands known as Faith, Hope and Charity. Right now I’m floating nearby in a borrowed ’89 Donzi. It’s making me think about the artist who wrote a month ago: “Faith,” she said, “is what you have when you believe in something that you know isn’t true. Hope is all you have left when everything else fails. And Charity is good to give but requires filling out too many forms to get.”

Faith, Hope and Charity can be enhanced by a dose of professionalism. Rocking in this particular boat I’m thinking that professionalism is the art of looking at a problem and knowing full well that somehow, somewhere, there are ways. Professionalism is knowing that eventually you will be capable of finding a solution.

It’s always so simple in theory.

Esoterica: When I come to places like this I bring with me a limited number of prepared canvasses. Unlike at home where I don’t worry about wasting them, here I tend to tighten up in order to conserve. Once a canvas is spoiled, I think it’s jinxed, no matter how much I scrape, sand and re-prime. It’s an attitude — an unprofessional maggot that has been down there in my belief system for a long time. Faith, Hope and Charity won’t swat it. I have to swat it. 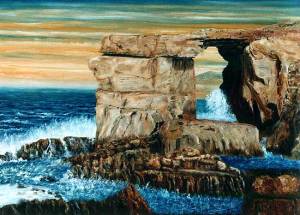 I live in Malta, which is in the Mediterranean, 60 miles from Italy, and when the Second World War struck us as a British colony, we had only three bi-planes to defend our Islands with. They were called Faith, Hope and Charity. They did brilliantly but it was only later, when we had Spitfires, that the war was won and the Islands were secured for the Allies, opening the passageway to the Middle East, eventually leading to Rommel’s defeat.

I have fond memories of the islands of Faith, Hope and Charity on Lake Joseph, especially of Faith Island, because it has been in one family for several generations. They include cousins of my cousin, whose parents owned another island on the lake. I won’t name the current owners out of respect for their privacy, except to say they are three sisters, and no, they are not named for those islands, but for three famous opera heroines! My late uncle’s island on Lake Joseph is called Waneshing Island. It too has charm for artists, especially from the narrows to the south of it.

While you are in Ontario I am experiencing the glories of autumn in the Olympic Peninsula, the rain forest of the Hoh and the Sol Duc, the Elwah valley, Hurricane ridge, La Push and Neah at Cape Flattery. The people are gone, just a few hardy types who like the solitude and quiet are around. Autumn is special when camping with the wind blowing, the maple leaves dancing earthward, prisms in dewy spider webs and if you look carefully, prisms in the grasses and remnants of last summer’s flowers.

“Delight yourself in the surprise of today.” (unknown) “If you invest in beauty it will remain with you all the days of your life.” (Frank Lloyd Wright)

In my late teens I moved into the Rocky Mountains. It was truly ‘coming home.’ It has fed my soul. I have a beautiful little studio near the house where ‘happy thoughts’ and joyful painting make life wonderful. The rest of the “stuff” that could swamp me, I endeavour to keep in perspective. My paintings surround me in emotion as I think of colors and values and design. And when the little negative voice tries to tell me I can’t “do this,” I take a walk into the late fall burgandys, russets and ochres, and feel the hush of the coming snow.

I live in a very small space with a very large moving lion cub daughter who is just about two years old. My studio is my living space and my home is in a small Caribbean community where I soak up the vibes from all around. I hunger for the solitary spaces you describe, however I learn how to find those spaces inside myself as I no longer have those Canadian off season opportunities to simply be with my art. 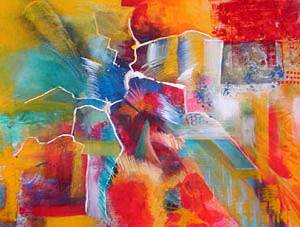 I’d like to offer something about faith. You quoted the artist as saying, “faith is what you have when you believe in something that you know isn’t true.” I’d like to soften the word “know” to “think.” When you think something, sometimes your mind can be changed. When you think you know something, it’s pretty difficult to change your mind. I believe that there is much we don’t have a clue about. So why not take a softer approach, one of openness to the possibilities. To me, having faith is believing in the possibility of something coming to pass that you really want, yet haven’t experienced.

Faith is God
by Jim Rowe 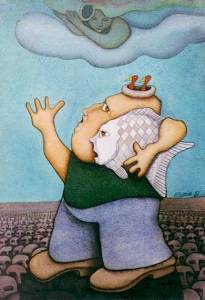 Now I know it must have been said as a joke but, still, the comment that “faith is what you have when you believe in something that you know isn’t true,” just blows me away. Now, I don’t participate in any organized religions, which I consider religious franchises. But I have met God, and faith is the physical description of God. That’s what He is. It’s the only word we have in our language to accurately describe His physical form. If you have faith, you have God. I don’t think anyone, especially the leaders of the “religious franchises” have caught on to this one yet.

Emily Carr says it
by Marney Ward, Victoria, BC, Canada 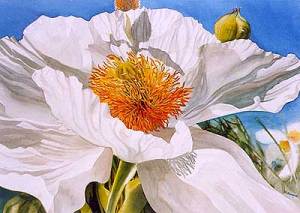 One of my favourite quotes of Emily Carr seems particularly relevant to your quest to distill the essence of the little corner of nature to which you have retreated.

“Sketching in the big woods is wonderful. You go, find a space…spread your camp stool and sit and look round. ‘Don’t see much here.’ ‘Wait.’… Everything is green. Everything is waiting and still. Slowly things begin to move, to slip into their places. Groups and masses and lines tie themselves together. Colours you had not noticed come out, timidly or boldly. In and out, in and out your eye passes. Nothing is crowded; there is living space for all. Air moves between each leaf. Sunlight plays and dances. Nothing is still now. Life is sweeping through the spaces. Everything is alive. The air is alive. The silence is full of sound. The green is full of colour. Light and dark chase each other. Here is a picture, a complete thought, and there another and there… Moss and ferns, and leaves and twigs, light and air, depth and colour chattering, dancing a mad joy-dance, but only apparently tied up in stillness and silence. You must be still in order to hear and see.” (Hundreds and Thousands, 1935) 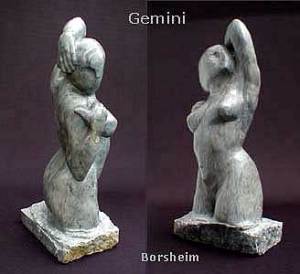 As I was reading your “Just for today” list, I was reminded of your letter about the power of three. I also liked your included comments on haste. I find that I am impatient often, but the process of sculpture forces me to go relatively slowly. The work is better when I take the time I need to take with it, but as with so many coexisting opposites, it is my drive to work faster and better that really allows me to get better and stronger.

A book for the road
Dave Edwards, England

When I received my copy of The Painter’s Keys I decided to save it for the day I took my son to Paris. He had his car magazines and I had your book. We arrived home yesterday, tired but happy. It was a long and interesting coach trip which was made all the more pleasant by the book. It’s so easy to get distracted at home where there are hundreds of books and three computers. In a coach, there is just one book. The added bonus is that I will now always associate The Painter’s Keys with beautiful Paris when I open it. I found it an inspiring and warm-hearted book and I would recommend that anyone who still hasn’t bought a copy do so straight away.

I’m also learning loads from Painter’s Keys website and finding lots of lovely friendly people who are also very helpful. I’ve taken onboard Jim Rowe’s suggestion that I keep some paper and a pen handy to scribble lots of doodles. I’m just starting this, but it’s fun to see what ideas surface and they can be used as a basis for future work.

A suggestion of my own for anyone interested in abstract work — take loads of digital photos, view them full screen and do sketches of the main outlines. Switch off the computer to avoid being influenced too much and then continue the drawing/painting imaginatively. You may like to repeat the process again, this time using the new drawing instead of the computer screen image. Each drawing moves further away from the original, which was, after all, merely a catalyst to get the creative juices flowing.

(RG note) Thanks, Dave. For some reason we have had a run on the book lately — with the result that we are temporarily out of them. Amazon has no more in stock. We are able to get the books out directly from my studio to yours through a secure online payment system provided by PayPal. Often they go in the mail within minutes of the order coming in. We have just ordered another twelve thousand copies — so if you are putting in an order and don’t get yours right away it is because we are waiting for the publisher to deliver them to us. 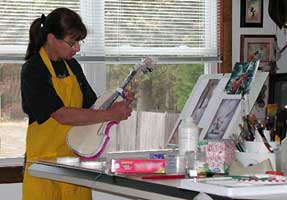 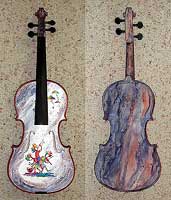 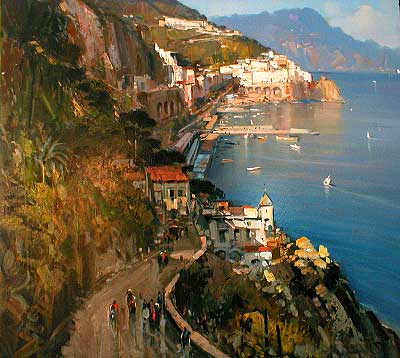 oil painting on board
by Vincenzo Aprile, Naples, Italy

You may be interested to know that artists from every state in the USA, every province in Canada, and at least 115 countries wo7ldwide have visited these pages since January 1, 2003.

That includes Faith Puleston who wrote, “As a namesake, I hope I have a few of the qualities you give faith or that others will have the charity to assign them to me!”

Also Lida Van Bers who wrote, “Painting and all that comes with it is a luxury that some of the most passionate painters do not have because of responsibilities and time.”

And Susan Ashbrook who wrote, “Faith is what keeps the dream alive and carries you along the path toward it. Hope is the shining light through a newly opened door. Charity is sharing with those who come after you, what was shared with you by those who went before.”