You are at:Home»Letters»Feelings of control
By ShawnA November 1, 2016 Letters

The other night I was hobnobbing with some of my fellow wizards. As usual we were looking for any of the art genes that might hang out in our collective DNA. This time we were wondering just how our feelings of being in control might affect our growth, success and personal happiness. 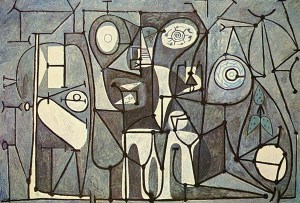 When an artist looks back she often discovers that what drew her into art in the first place was a need to simply have her way with something — anything. This need, we concluded, is not necessarily common in the greater population — like worker bees they may simply follow cooperative and socialized patterns. Then Joe Blodgett pointed out that many of us don’t like the idea of letting someone else control how much we can make. “This may go for both love and money,” he said. It seems that so many of us have always had the idea that “it’s up to me.” It came as a shock to some of us, but it seems that there’s a correlation between entrepreneurship and creativity. “These artists like to be very much in charge of both their canvas and their bank balance,” said Mary Smart. “I’m not saying it’s nice,” I said, “but consider Picasso — he never stopped thinking about money.” As always with “the Queen-Bee Syndrome” there’s a sense of entitlement. “As Salvador Dali said,” I said, “I’m not an artist, I’m a manufacturer of wealth.” 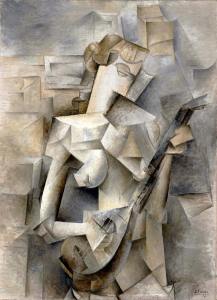 “Girl with a Mandolin” 1910
oil painting by Pablo Picasso

But even though it may be up to you there can be an ongoing disappointment that your honey is not as good as it could be. And there’s no passing the buck. One of us observed that how an artist might see and feel about his own performance is at the root of a great deal of the grumpiness and prickly defense that artists put out.

Together with this understanding is the idea that artists need constantly to be in the fight against uniformity and conformity. As Glen Van Ekeren noted, “Creative people exhibit a continuous discontent with uniformity.” Taking control implies building your own fortress and fortifying your own building. It’s not easy. John Hall said, “I want to be different. Just like all the other different people I want to be like. I want to be just like all the different people and assert my individuality along with others who are different like me.” By being different we can grab the thin brass rail of control. Then Joe said, “That puts contentment at risk, but that’s when the good life begins.” 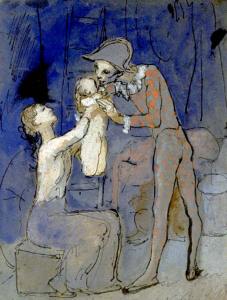 PS: “The individual has always had to struggle to keep from being overwhelmed by the tribe. To be your own man is a hard business. If you try it, you will be lonely often, and sometimes frightened. But no price is too high to pay for the privilege of owning yourself.” (Friedrich Nietzsche)

Esoterica: Control of self is the basis of control of destiny. Attitude and aptitude coupled together with fine-tuned and often reformed habits are the builders of creative joy. Someone quoted Mark Victor Hansen: “Put your future in good hands — your own.” Looking through our stingers, we all agreed to tune in, turn on, and take over.

This letter was originally published as “Feelings of control” on October 29, 2004. 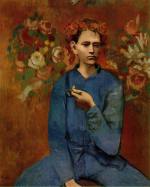