You are at:Home»Letters»Give me the artist at seven
By ShawnA April 20, 2018 Letters

Artist and Purpose Guidance Coach Sam Kaczur recently put out a call on social media asking her friends, many of them artists, the following question: “Around the ages of 6-10, do you have a memory or pivotal moment in your life that you feel set the trajectory or tone for your future?” She offered some examples, like meeting an artist or scientist, discovering a talent, or winning a prize. From among the responses, a theme emerged that painted a picture of family and parenting. “My mother took me to the theatre,” “My dad beat me and so I wanted to be peaceful” and “I assembled my first computer,” were among the replies. 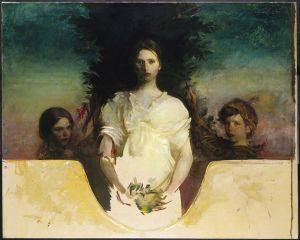 Experts in child development — parents included — seem to agree that while toddlers explore many ways of being, seven-year-olds seem to settle into patterns, their tastes established and interests piqued. Seven, the age of surging co-ordination and cognitive stamina, is when mediaeval pages took their training to become knights and when boys were first sent to school in ancient Greece. In 8th century Japan, Shichi-Go-San, or “Seven-Five-Three”, acknowledged the passage into middle childhood for the children of court nobles. Shichi-Go-San continues as a festival day for Japanese children and includes special rituals like replacing a regular cord used to tie one’s kimono with a traditional silk obi. Children visit shrines to drive away evil spirits and set an intention for a long, healthy life. 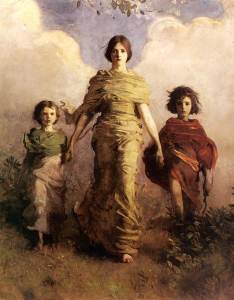 In art, seven is when, with exposure and practice, children start drawing objects more realistically and with details specific to their cultures and experiences. Seven is when performing, reading and writing music grow in dexterity, complexity and artistic interpretation. Body awareness, movement, rhythm, imitation and mood inform dancing. Seven-year-olds distinguish between body shapes. In drama, Sevens can name characters, settings, problems, solutions and drivelines and can construct and act out real-life and imaginary situations through dramatic play. Scholars have suggested that reading skills at seven can determine future life outcomes like social and economic status.

Sam says this crucial life stage is when we “can create awesome or perpetual bad habits.” By seven, we’ve learned how to cut corners or dig in, to indulge curiosity, to give up, to ask for help or be self-sufficient, to be dutiful or contrarian. If we’ve been acknowledged for creative ability, our environment and character have determined how we follow up. And what we do with our deepest desires — like bury them or explore — began here. Coping with setbacks was probably reinforced into nearly immoveable beliefs during this time. How we cultivate and sustain joy likely comes from this spot, too. Are we all still mostly, at our core, our seven-year-old selves? 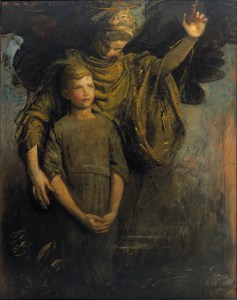 PS: “The future influences the present just as much as the past.” (Friedrich Nietzsche)

Esoterica: Part of Sam’s coaching work is helping her clients discover the essence of their “Why Superpower.” They get there, she says, by identifying their values, which often requires a trip to age seven. “Efforts and courage are not enough without purpose and direction,” wrote John F. Kennedy. After the re-visit, instead of accepting a pre-determined track, you could use the understanding to exercise a current will. As free and responsible agents, who we were at seven could be a powerhouse for the future. “If you’re not busy being born, you’re busy dying.” (Bob Dylan)

You may remember the 1964 BBC/Granada longitudinal study documentary Seven Up, which followed the lives of fourteen British children and covered themes of religion, class, family, happiness and psychology with the intention of exploring theories of pre-determinism, class mobility and existential free will. By continuing to interview the same subjects every seven years since 1964, the film series reveals heartbreaking truths and surprising discoveries. Roger Ebert called it, “an inspired, even noble, use of the film medium” that “penetrates to the central mystery of life.” The ninth installment, 63 Up, will be released in the spring of 2019.

“The creative adult is the child who has survived. (Ursula K. LeGuin) 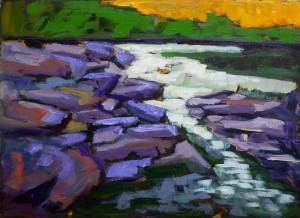 3-Days in the rolling hills, century-old farms and rushing cascades of the Ottawa Valley region of Ontario. Keith will lead you to places the Group of Seven and other famous Canadian artists painted. Keith teaches composition fundamentals, how to deal with the chaos of real life when painting en plein air, as well as how modern colour theory can help you mix almost any colour with ease.

Also, watch for these other 2018 retreats.

September 1-6, paint in the Killarney/La-Cloche Mountain area of Ontario