You are at:Home»Letters»Good and bad art
By clearmarble March 22, 2002 Letters

A situation that often disturbs artists is the competing prevalence of sub-standard art. To artists who have achieved a degree of professionalism but who have not as yet achieved a reputation, this can be discouraging. A frequent complaint is “bad” art from “good” names.

In a recent silent auction there was an oil by one of the local darlings — an elderly artist who has received a flood of attention over the last few years. The auction painting would have been rejected by any jury in any other city. It would even have been hazardous to put it in an art school application portfolio. And yet eager bidders hovered over the piece all evening and it eventually sold for a high price. Were they looking at the name rather than at the art? Was this yet another outbreak of the king’s new clothes syndrome?

The artist in question has paid his dues. He has a lifetime of struggle behind him with ups and downs in creativity and success. He would receive top marks for persistence. His high periods were notably glorious. Who knows what people will think of his work in a hundred years. Who knows, indeed, where the fickle monkeys of taste may wander. In a way we tend to honor our artists by their totality — their life commitment to their profession. It’s a kind of bonus that dedication brings to some artists in later years. For youthful artists to find injustice in the honoring of elderly artists is to do our profession a disservice. While we must always keep an eagle eye for what we think is quality, we ought also to honor all art, good and bad, fresh out of school, unschooled, or past its prime. It’s the spirit that counts.

The artist donated his work. A friend of mine was the successful bidder. His money went to a noble charity. Wearing a broad grin my friend carried it away. He was taking home a piece of the action, an intimation of immortality, a slice of the famous spirit.

PS: “Though age and infirmity overtake me and I come not within sight of the castle of my dreams, teach me still to be thankful for life and for time’s oldest memories that are good and sweet, and may the evening’s twilight find me gentle still.” (Max Ehrmann)

Esoterica: For those who wish it, art can be performed until the very end. There is no mandatory retirement in art. Georges Braque said, “With age, art and life become one.” Let us honor life. Let us honor the life of an artist. “I am old and ill, and I have sworn to die painting.” (Paul Cezanne)

During the 60’s we had situational ethics, during the 21st century we have situational aesthetics. Bad art is not bad to the people whose aesthetic education is limited. They use personal values such as subject, color, price and their experience to determine whether a work of art is good or not. On the other hand, the aesthetic judgement of time, peers and art gatekeepers is a high standard for us all to aspire to. Knowing the difference is important and depends on your personal situation, values and goals.

There is no doubt that elderly artists deserve respect in their successes and failures because, as you say, “they have paid their dues.” Maybe this scenario is more common than I think, but in my spectrum, what happens when it is young artists throwing a bunch of crap together on a plate in 2 minutes and calling it art? How much of an annoyance is it, when these young people, who probably happens to either be a son or daughter of an art critique, museum curator, or university professor, get rave reviews and gallery shows for lining up a row of old beer cans or tampons and picking a trendy cause to back it up? What are the dedicated artists spending hours a day in their studios mixing, sculpting, painting, weaving, etc… supposed to believe? That it doesn’t matter what you do, but who you know? So bravo to the elderly painter and their bad painting, because at least he took the time to sit down and compose and feel enough to pick up a brush.

Past its prime
by Eleanor Blair, Gainesville FL, USA

It is terrible to think that one day, I might not be able to produce a good painting. Reminds me of an elderly artist I met when I was still in art school. His name was Dimitri Romanofski and his studio was in the tower above Carnegie Hall overlooking Central Park. He was Russian and painted water lilies in a glowing impressionist style. He was very much past his prime, but he loved to dab away at work he’d finished years before, always hoping to make improvements. His closest friends had begun hiding the best of his work from him so he wouldn’t destroy a masterful piece with his shaking hand and his fading sight.

But, Robert, are you sure you’re not being too subjective, judging work to be ‘good’ or ‘bad’ simply based on your own bias? Obviously at least a few folks disagreed with your assessment at the auction. True, they may have been interested in acquiring a piece from a well-known artist without regard to the quality of that particular painting, but there’s also the possibility that they saw something in the work that you didn’t.

Please define poor quality art. And explain to me why Charles Saatchie snaps up anything Daimien Hurst and the rest of the Britart bunch produces. Dead butterflies embedded in gloss paint, this is good art?

Why do they persist?
by Ron Stacy

I often wonder about ‘artists’ who do really bad work, yet persist long past the point where one would expect them to say, “Well, I guess I just can’t do this art stuff. I’d better get back to selling shoes, or whatever.” Why do they insist on attempting to make art? I don’t know, except perhaps they simply need to express. If they were as incapable at some other trade, like operating heavy equipment, they wouldn’t be able to get a job. I don’t believe ‘time on the job’ has any place in judging the quality or value in the work. Unfortunately, I don’t have any answers to deal with the subjective quality of art. It remains a mystery to me, so all I can do is try to do my best work and hope that someone isn’t saying about me, “Why does he persist?”

Wondering what makes the difference
by Jane Shoenfeld

I really appreciate the point of view of honoring the whole life of the artist, but feel more inspired by artists whose flame burnt brightest at the end. The comment that comes to mind is that Cezanne, Degas, Monet and a number of other artists who painted to the end, did some of their best work in their later years. Their mastery, along with the knowledge that there wasn’t much time left, led to originality and paring down. Totally new work, rather than plagiarizing of oneself, resulted. I wonder what makes the difference, that some artists end up basically doodling, following a habit that has been a satisfying one, and others cannot help but innovate?

The company you keep
by Jane Champagne, Southampton, Ontario, Canada

What happens when a local “artist” (I’d rather use the word “painter”) submits work to a so-called juried show and is accepted because of his/her standing in the community, not because the work is good? Or simply, is it because their feelings would be hurt, if they weren’t included? This makes it difficult for an accomplished artist: When your work is shown with amateurs, where does that put you? You’re known for the company you keep, so does this downgrade your work and lose you clients, or does it upgrade their work, and lose you clients because theirs is cheaper? Art in a small town is treated differently than in a big city, for sure.

I and my two good artist friends, all on our later years, both as artists and women still think of ourselves as perennial students. We’re always ready to try different techniques. Excited to win a juried competition award, always expecting that “Blue,” oh and the excitement that comes as you go to the studio first thing in the morning after painting late the night before to see if the piece is still holding up. How blessed we are to have art in our lives! Max Ehrmann’s comment reminded me of something our late good friend said to me, “Liz, I just want to win that “Best of Show” before I die.”

The following are a few more of the 350 or so entries that have come in since the contest was announced. They are not necessarily finalists in the “Free Painting Workshop in Brittany with Robert Genn” contest. 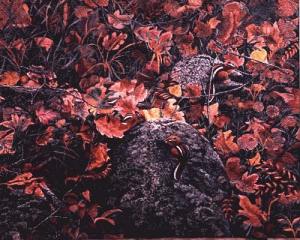 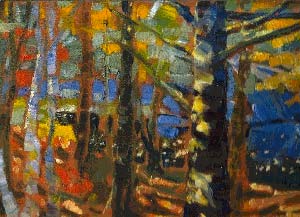 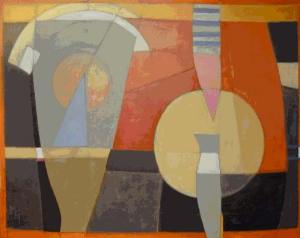 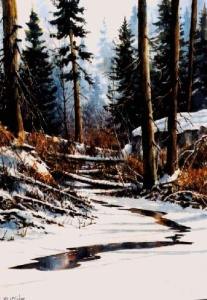 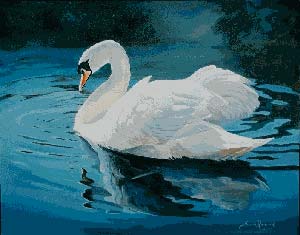 You may be interested to know that artists from every state in the USA, every province in Canada, and at least 97 countries worldwide have visited these pages since January 1, 2002.

That includes Carol Lyons who says, “I do not honor bad art of any kind, whether done by a famous artist or a child in kindergarten. I do not honor “bad” anything.”

And Marina Morgan who asks, “Why does this subject remain such an emotional, ego-centered issue for visual artists?” who writes, “Doing the good art along with the bad art… you can’t have one with out the other.”

And Barbara Mason who writes, “This story does want to make you go through your studio and destroy stuff… but I have never done so because it’s my personal history.”