You are at:Home»Letters»“How to sell art”
By clearmarble April 1, 2014 Letters
Dear Artist, The New York Hip Hop collective Wu-Tang Clan has recently announced they’ll be selling just one single copy of their forthcoming album, Once Upon A Time In Shaolin. 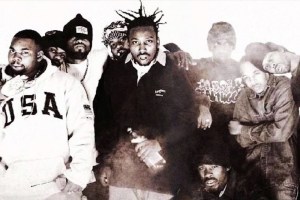 Visual artists are familiar with the single-copy concept. The economics of the art world are based on the marketing and collecting of one-of-a-kind originals that carry an intrinsic value because of their rarity. These days, artists of all media walk a line between an increasing demand for the hand-hewn and being buried in an avalanche of ever-accessible cheap stuff. In recent, well-documented bubbles, for example, many collectors and artists find that a mass-produced print becomes merely a wall-filler and not worth the paper it’s printed on. “[Music] doesn’t receive the same treatment as art in the sense of the value of what it is, especially nowadays when it’s been devalued and diminished to almost the point that it has to be given away for free,” says Wu-Tang rapper RZA. And so, he and his Clan are making a one-off and, in doing so, sparking a re-examination of what it is to sell art, and who gets to buy it. The word “patron” is derived from the Latin patronus — “one who gives benefits.” Religious bodies, nobles and aristocrats have used arts patronage to endorse their agendas, ambitions, positions and prestige since mediaeval times. The Medici of Florence may have used patronage to “cleanse” their dodgy liras, and the Pope could be said to have done the same, while also bestowing life tips in fresco. “I buy art to show it off,” said Charles Saatchi. Ezra Pound took a heartier tack: “The patron makes himself equal to the artist; he is building art into the world.” By scrapping a major label launch and distribution, Wu Tang might just resurrect the endangered patron and her Medici-sized wallet. But first they’ll tour their album’s single-copy as an exhibit through major institutions and galleries, complete with admission fee and a security check. After touring, the album will go up for sale. And who will buy it? A global brand seeking publicity and street cred, or a major label with plans for a commercial release is the easy answer. But maybe, just maybe, the successful suitor will be a crowd-funded collective of Wu-Tang fans. Maybe, they’ll be buying the album to give it away, for free, to everyone. Sincerely, Sara PS: “Creativity has become disposable and value has been stripped out. The intrinsic value of music has been reduced to zero [whereas]contemporary art is worth millions by virtue of its exclusivity. This album is a piece of contemporary art. The debate starts here.” (Wu-Tang Clan) Esoterica: In Beethoven’s time, the patronage platform hummed as benefactors funded works of art that would eventually be shared with more and more of the population. By the 19th century and the rise of the bourgeoisie, the platform diverged towards a model of mass consumption, public institutions and contemporary media. We’ve arrived at the modern bind of how to assign value to creative work, and who pays. Wu-Tang producer Cilvaringz says, “One leak of this thing nullifies the entire concept.”   [fbcomments url=”http://clicks.robertgenn.com/how-sell-art.php”]  Featured Artist: Keith Thirgood