You are at:Home»Letters»Ideal conditions
By ShawnA September 28, 2018 Letters

“A writer who waits for ideal conditions under which to work,” wrote E.B. White, “will die without putting a word on paper.” Instead of looking to the future for better working conditions, we can begin now, understanding that the idea is merely a draft, and a draft is merely an idea. 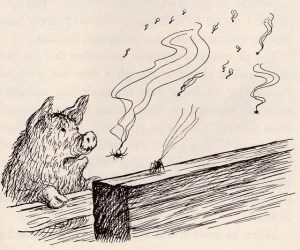 Elwyn Brooks White was born in 1899 in Mount Vernon, New York, and grew up with a love for books and animals. At Cornell, he edited the university newspaper while completing a Bachelor of Arts degree and after graduation worked as a reporter and advertising copywriter. When the The New Yorker was founded in 1925, White submitted manuscripts, and the new literary editor, Katharine Angell, recommended he be hired as a staff writer. After months of trying to convince White to come in for a meeting and work on the premises, they finally agreed he would come in on Thursdays. Four years later, he and Katharine were married. 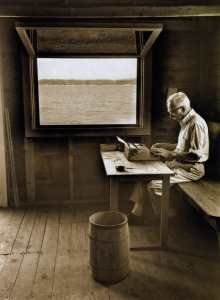 E.B. White would contribute essays, wit and humour pieces to The New Yorker for almost six decades, including feature dispatches on literary style. He also wrote a column for Harper’s Magazine and, in 1959, edited and updated The Elements of Style. First written and published in 1918 by White’s professor at Cornell, William Strunk Jr., it remains the gold standard guide for grammatical and stylistic writing in American English.

In 1933, White (or Andy, as he was called) and Katharine bought an 18th Century farmhouse on 44 acres along State Route 175 in Brooklin, Maine. Perched at the edge of Allen Cove, a small inlet on Blue Hill Bay, they summered there with their sons, Joel, who would grow up to be a boat builder, and Katharine’s son from her first marriage, Roger, who would become the fiction editor for The New Yorker. In 1937, the Whites made additions to the house, adding chimneys so they could live there year-round. With views of Acadia National Park in the distance, Katharine tended to the gardens and a pond and continued her editing work in the sunlit rooms facing the bay. Andy set up an office in the north-facing part of the house and made the boathouse into a writing shed, setting up his Underwood at a table and bench with a barrel nearby for paper waste. The house’s massive barn with rope swing, milking stool and hayloft served as the inspiration for E.B. Whites’s 1953 children’s novel, Charlotte’s Web. When suggestions were made that he give the house a name, Andy argued that it would be pretentious, wanting only for his home to be lived in and worked in and enjoyed as a family place. If he absolutely had to, he said, he’d have called it, “Two Big Chimneys and a Little One.” E.B. White died in 1985 of complications from Alzheimer’s disease in his house at the age of 86. He’s buried beside Katharine in Brooklin Cemetery. 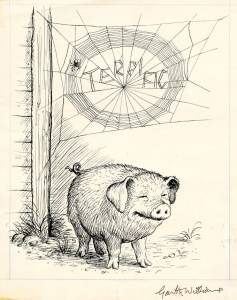 Esoterica: Humourist John Hodgman ruminates on the unique features of being a writer in rural Maine in his 2017 memoir Vacationland: True Stories from Painful Beaches. After a few years of summering there with his young family, John learned from the locals that his almost daily drive passed right by the secret location of the historic farm of his wife’s favourite author. In a rush of artistic and New Englander duty to protect the posthumous privacy of the writer and the location of his sanctuary, John set out to describe a place to his readers using only creative details and meaning, encouraging us to sleuth out the facts. As it turns out, in 2018, the farm at Allen Cove has for the second time since the death of E.B. White, come up for private sale, only because the current owners are elderly and wish to pass it on to new, loving occupants who might continue to carry out the wishes of the Whites and keep it as a family home. “Money cannot buy happiness,” writes John in Vacationland, “but it buys the conditions for happiness: time, occasional freedom from constant worry, a moment of breath to plan for the future, and the ability to be generous.”

“…not everything in life is unpleasant, but most of it is, and certainly all the things that lead to real and lasting pleasure are.” (John Hodgman, from Vacationland, True Stories from Painful Beaches)