You are at:Home»Letters»In praise of boredom
By ShawnA June 16, 2017 Letters

A recently retired schoolteacher shared her career-long response to students complaining of boredom: “Only boring people are bored.” I strained to think of an artist who had ever complained of being bored. I wondered: Are artists innately gifted with a love of time? Are they anointed with savvier powers to daydream, to reflect, to be curious, inventive, doodling and self-reliant? Do they possess a diminished need for pastimes and entertainment? How did they get here? Are artists born not bored? 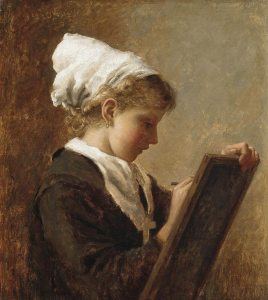 Dr. Teresa Belton, a visiting fellow at the University of East Anglia had been researching the link between boredom and imagination and noticed that the hundreds of stories written by 10-12 year-olds in the Norfolk school system of the 1990s were increasingly unimaginative. She turned to a Canadian study done in the 1980s as access to television was being expanded across the country. It compared kids in three communities — one with four TV channels, one with one channel and one with no channels. The results showed that kids with no access to TV scored highest on divergent thinking skills — a measure of imaginativeness — and these skills dropped to the level of the others when the channels came to town. 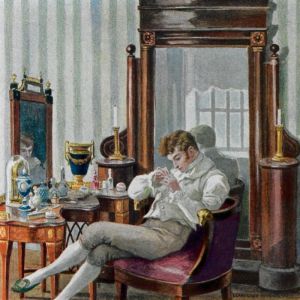 Years later, when interviewing artists, Dr. Belton noticed their regular praise of boredom — both in childhood and adulthood — and its importance to new ideas. Boredom’s languid time was considered crucial for developing what she called “internal stimulus” — the gateway to creativity.

A friend recently divulged a family experiment of a yearlong screen and technology ban in her household of two ‘tween boys. “They don’t miss it,” she reported after a few weeks, attaching a photo of their sun-kissed noses buried in their own notebooks. At summer’s first blush, without the perpetual intrusion of online pacifiers and with space between activities, sports, lessons and entertainment, boredom has a chance to tiptoe into the vacancy and plant her life-changing seed. 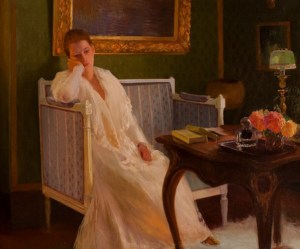 PS: “Children need to have stand-and-stare time, time imagining and pursuing their own thinking processes or assimilating their experiences through play or just observing the world around them.” (Dr. Teresa Belton)

Esoterica: As the non-bored, instead of experiencing boredom, artists may appreciate the German translation of langeweile, or “long while.” As society’s newest over-stimulated and over-resourced consumers, boredom is a rare opportunity, a luxurious problem for kids to solve with aspirant, interior chops. These inner resources need exercise and development that begins now, when the frontal lobe is vulnerable to superficial rewards and mental laziness. Artists are made in this time — if given the chance to wander in the mind, to invent, play and develop one’s own stories rather than merely consume the art, ideas or advertising of others. “A child develops best when, like a young plant, he is left undisturbed in the same soil,” wrote Bertrand Russell in The Conquest of Happiness in 1930. “Too much travel, too much variety of impressions, are not good for the young, and cause them as they grow up to become incapable of enduring fruitful monotony.”

“The capacity to be bored can be a developmental achievement for the child. It is one of the most oppressive demands of adults that the child should be interested, rather than take time to find what interests him. Boredom is integral to the process of taking one’s time.” (Dr. Adam Phillips, On Kissing, Tickling, and Being Bored: Psychoanalytic Essays on the Unexamined Life, 1993)