You are at:Home»Letters»Joseph Beuys
By ShawnA June 7, 2016 Letters

I’m laptopping to you this morning from the Tate Modern in London, England. I’ve a confession to make. While I dearly love seeing quality paintings, and love even more trying to make them, I’m a bit of a junkie when it comes to contemporary installation art. This place is screaming with the stuff. Glazed gallery goers, their minds numbed by the visual challenges, wander in the ambience of this renovated power station on the south bank of the Thames. To the many who snicker and snort, it’s sort of an intellectual curiosity and freak show.

My main interest here today is an extensive accumulation of the work of Joseph Beuys (1921-1986). He was a sculptor, shaman, showman, teacher and debater. He spent most of his life in Kleve and Dusseldorf, in Germany. One of his central ideas was that there is a creator in all of us and art is in everything we do. He thought that it is not what an artist makes that’s important — but how he is — his personality, his activities, his opinions. Details of our daily lives are in themselves art and grist for our artistic mills. As a Luftwaffe pilot during the Second World War he was shot down in the Crimea and attributed his survival to the help of nomadic Tartars who supposedly nurtured him with felt and fat. These latter elements exist in many of his art objects and are a part of his personal mythology. 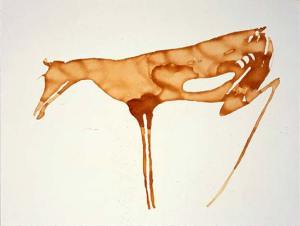 As well as his grandiose sculptures of stone and iron there are cases of framed memorabilia and other items: found materials, pressed flowers, honey, gold leaf, silver foil, part of a dead hare, tufts of grass, classroom blackboards, travel tickets, notepads, cigar packages, coyote droppings, bundled newspapers, photo and clipping albums, Green Party pamphlets, toiletries, inconsequential drawings and doodles, creative ideas and pencil notes scribbled on anything handy. People are bending over examining degraded remnants of felt and fat. Even the fedora that covered his war wounds is worthy of display.

A woman comes and sits beside me. She is biding her time, waiting for her partner who is looking at the Beuys material. She makes notes in a small book. It appears to be a list of items to be taken to the dry cleaner. 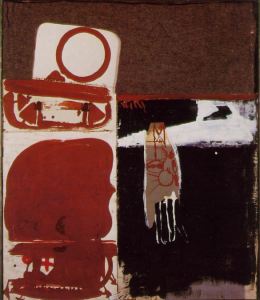 PS: “Everybody is an artist.” (Joseph Beuys)

Esoterica: Do not omit collecting the progression of your own creativity. Do not fail to archive your sentiments. Keep dry and out of harm’s way the detritus of your output. Be prolific. Your mind is capable of far more than it is exhibiting at the present.

This letter was originally published as “Joseph Beuys” on September 24, 2002. 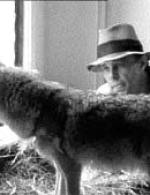 Performance piece New York 1974: Swathed in felt, Beuys shared a room with a wild coyote for 3 days, 8 hours-a-day. At the end of the 3 days, he hugged the coyote that had grown quite tolerant of him and returned home to Germany without having set foot on American soil. “What is Art? Conversations with Joseph Beuys” clarifies what Beuys meant when he said that everybody is an artist.

“…between my sixteenth to nineteenth years… I saw a possibility for art to be principally of interest to innovate some things, instead of writing a very boring, naturalistic repetition of what is already done by nature.” (Joseph Beuys)