You are at:Home»Letters»Let there be music
By ShawnA December 20, 2016 Letters

Let there be music. It could be any music. High brow, low brow. Music gives a key to what art is, to what art can do. For my desert island I’ll include the Sibelius Violin Concerto (D major, Opus 64). I’ll choose Pinchas Zukerman to play it. I’ll have to say it’s not the notes. It’s the spirit of the thing. As Zukerman says, “It has this incredible stuff happening everywhere.” Up and down, back and forth, the wonderful arbitrary quality of it all. Music, almost fully abstract, need not engage in realistically copying bird songs, wind, the sounds of traffic or falling coconuts. This one certainly doesn’t. This music takes a step away from reality and is a sound unto itself. It is its own thing. It seems to pluck its life right out of the air. The Sibelius concerto, like many others, exists for no other reason than to exhibit its own exuberance. 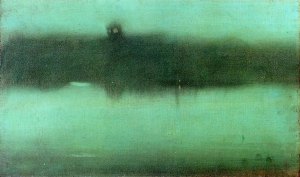 In painting, and in all the other visual arts, this understanding can make the difference between excitement and boredom, between perceived mastery and creeping mediocrity. A picture might be engineered to have areas that are brilliantly casual — or areas that dazzle with virtuosity and verve — or to drift effortlessly into simplicity where complexity might be expected. Like music, a painting may be brought to life with unexpected surprises. Eyes need encouragement to stop and be guided to engagement or thought. As is the case with music, there’s potential for eternal replay. 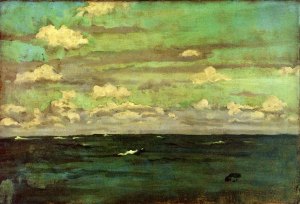 Music has wonder, exaltation, honour, pomp, joy, sadness, elegance, energy, ennui, disappointment, majesty, reflection, hate, love and more. Music is one of the greatest of the man-made things. Would that we could put the qualities of music into our paintings. For those of us who render well and try to get things right in our pictures, let’s not forget the lessons of music. Fill your foregrounds with counterpoint and grace notes. Paint arpeggios into your distances. Let there be rhythm, harmony and melody in your compositions. For those of us who work and play with shapes, colours and textures, let there be concertos and symphonies. Ask what choirs might be brought into service. Let there be music. 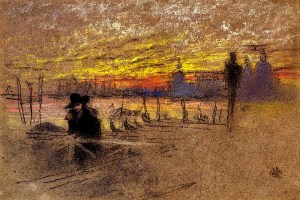 PS: “Music has been a fantastic guidance for me. I’ll be eternally thankful for this guidance.” (Pinchas Zukerman)

Esoterica: James McNeill Whistler (1834-1903) was a painter who saw a relationship between painting and music. He exploited unifying and simplifying harmonies to achieve moods. He magnified simplicity and softened complexity. Delicate and wispy passages were often placed within grander themes. “A picture is an arrangement of light, form and colour,” he said. His titles often included the words symphony, nocturne and harmony. The title of the painting known as Whistler’s Mother is Arrangement in Gray and Black.

This letter was originally published as “Let there be music” on December 17, 2004. 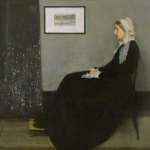 With many thanks for your friendship and our best wishes for the holidays.