You are at:Home»Letters»Longevity
By ShawnA August 12, 2016 Letters

Physicians are at odds regarding the possible dangers to the still-forming skeletons of young gymnasts. Until 1981, the minimum age to compete in senior events — including the Olympics — was 14. By 1997 the requirement had been raised to 16, with experts arguing that intense practice at the elite level was too hard on developing bodies, causing hormonal imbalance and putting unsustainable strain on prepubescent bones. Other studies, however, have suggested that younger gymnasts may have a physical and psychological advantage over their elders. 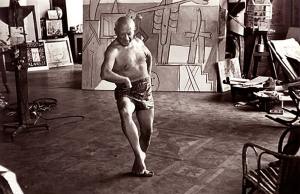 The young are lighter, more flexible, have an optimal strength-to-weight ratio, and studies also suggest they’re less encumbered by fear of failure or fear of injury. In artistic gymnastics, this equips them with a mental override to perform riskier, higher-scoring sequences. Testimonials from now-retired gold medalists confirm that there’s a time when the mind catches up to the pressures and dangers of winning. Growth spurts mess with one’s centre of gravity and, like a boy soprano with a breaking voice, once-mastered moves must be relearned. These age-related disruptions have the power to bring on a crisis of confidence, unravelling years of joyful tumbling. Sound familiar?

In art, we needn’t peak young. If worry is interfering, remember that it can be managed so as not to constrain the muse. Worry is a cognitive distortion habit — indulging in inaccurate thoughts — reinforcing bad feelings from a few unpleasant experiences over time, especially when those experiences are connected to performance or love. “All or nothing” thinking, over-generalizing, filtering or diminishing positives, jumping to conclusions without evidence and “catastrophizing” can invade the studio and taint the beautiful unknowns of the creative process. 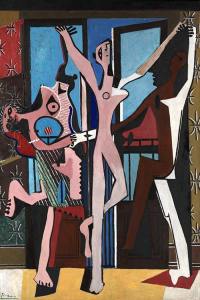 To a child, an outcome is a personal discovery — a minor miracle. Art is invention and invention thrives on mystery. Art is also an endurance event. When stepping up to the easel with a nervous stomach, be light, be flexible: practice your joyful tumbles.

PS: “Everyone has talent at twenty-five. The difficulty is to have it at fifty.” (Edgar Degas) 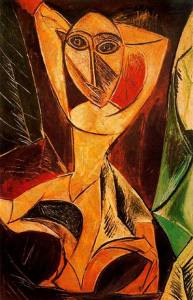 Esoterica: At 41, Oksana Chusovitina is the oldest Olympic female gymnast in history and holds the record for the most individual world championship medals in a single event (9, on the Vault). Born in 1975 in what is now Uzbekistan, Oksana learned gymnastics as part of the former Soviet system and, at 13, won the all-around at the USSR’s junior national championships — her first major competition. Over her 24-year career, Oksana has represented three countries and competed in 7 Olympics, winning her latest medals at Championships in 2012 and 2014. This Sunday in Rio, she vies for a medal in the Vault final. “I think the longevity is the best thing I can leave behind.” (Oksana Chusovitina)