You are at:Home»Letters»Mess-makers anonymous
By ShawnA January 1, 2019 Letters

The well-known physicist and writer David Deutsch is also well-known for the messiness of his workplace. Once, when a TV crew came in to record an interview with him, they offered to tidy up a bit before beginning. He told them they could if they put everything back exactly the way it was. They did. 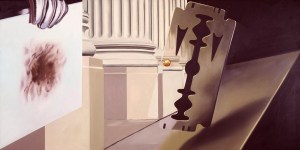 Deutsch argues that his chronic messiness is part of his creativity process. Apart from admitting that “tidying up is boring,” he cites the value of cross-pollination and multi-tasking that a messy work environment gives. “The resources for all the different lines of thought are left open,” he states. Multiple projects are picked up or dropped at will and their serendipitous physical presence invites the “grab and proceed” process.

There is some evidence, however, that it’s better for most of us to be organized. Julie Morgenstern has written an excellent book for mess-makers who might wish to see the light. Organizing from the Inside Out points out flaws in our nature that keep us forever trapped in our messes. She identifies a key weakness as “the failure to systematize common decisions.” This often comes from poor or lazy habit patterns that arose in our early lives. It’s a matter of step-by-step relearning. You must “analyze, strategize and attack.” 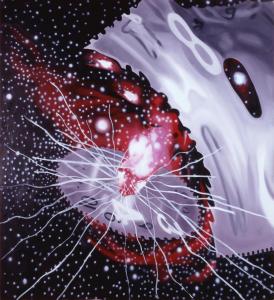 Among other tips, she effectively shows how to manage space and time. “Organized people,” she says, “will make fewer and better decisions in the long run.” According to Julie it takes more time to be disorganized than it does to be organized. Efficiency is the goal, inefficiency is the enemy. Creative people who read my letters will be familiar with my enthusiasm for efficiency.

For the record, I’ve noticed something curious in a few studios. Messy environments actually generate neat art. Organization that doesn’t go into the room goes into the art. David Deutsch mentions the joy he gets from organizing his computer files — and how neat it all is in there. Many painters talk of the idealized, dimensional world that they can temporarily live in and organize to their liking. Could it be that our art is a sanctuary?

Ataxophobia is the fear of untidiness. Apparently everybody has it to some degree. The production of art may be in part a sublimation of this fear. Perhaps guilt plays a part. Taken daily, art is the pill that makes order out of chaos. 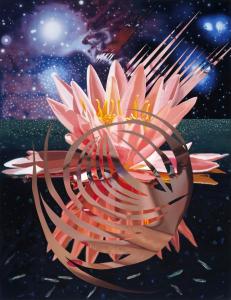 PS: “I chop and change between what is called ‘work’ and what is called ‘recreation.’ There are no discontinuities in my day. I only play tennis with people I find interesting.” (David Deutsch)

Esoterica: When I was a student at Art Center in Los Angeles, I lived in a boarding house with several other students. Our landlady was a quiet woman who had moved west from Nebraska after the passing of her husband. Stella Dunlavy was a person who had firm opinions and stuck to them. While she may have taken in foreign students from time to time, I was, as far as I know, the only Canadian she had ever seen. One day, as I was coming down the stairs, I overheard her telling one of the boarders, “The Germans are warlike, the Japanese copy things, and the Canadians are a messy people.”

This letter was originally published as “Mess-makers anonymous” on June 7, 2005.