You are at:Home»Letters»New angles on creativity
By ShawnA May 22, 2018 Letters

These days, high-powered creativity coaches are offering themselves to the world of business. Companies improve their bottom lines with the latest techniques in creative thinking. Much of what they’re saying has been known to artists for some time. 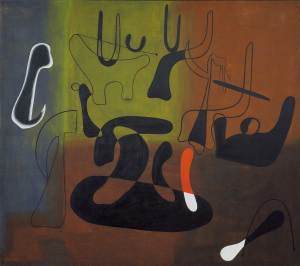 Today’s top mantras include keeping new ideas private until the time comes for a full birth in the presence of the right crowd. Another is accepting the idea that creativity pops up in unusual places in its own sweet time. The bathtub, the car and the fishing boat are often mentioned. Execs are told to move unresolved ideas to the back burner and let them simmer. In other words, go golfing. Here are a few more:

Watch your use of the word “creativity.” It’s pretentious and can scare creative ideas out of you. “New” is a word that’s suspect as well. Good ideas don’t have to be totally new ideas. The better ideas, new or otherwise, are often generated when the original questions are clarified. Rephrased questions lead to rephrased answers. In the world of ideas, have the courage to be wrong. Nothing is too crazy to look into. Be your greater self and dump some of your conservative tendencies. 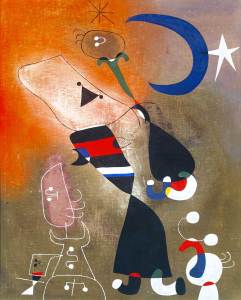 “The creative person,” said creativity pioneer Frank X Barron, “is both more primitive and more cultivated, more destructive and more constructive, a lot madder and a lot saner, than the average person.” Crazy or not, take your ideas into another room and beat up on them. Furthermore, ideas fleshed up in rough form (sketch) go a long way toward making them full blown. Also, commit yourself to making the better ideas happen — it’s not enough to just have the ideas — it’s important to get the wheels turning. And know that for every creative question there are generally several right answers.

Execs are also told to start relying on their hunches. “A hunch is creativity trying to tell you something,” said the film director Frank Capra. Also, there is a “state” of creativity, even though it’s not on the map. “The object,” said art educator Robert Henri, “isn’t to make art, it’s to be in that wonderful state which makes art inevitable.” Naming and claiming your creations are also up there on the list. “I start from something considered dead and arrive at a world,” said surrealist painter Joan Miro, “And when I put a title on it, it becomes even more alive.” 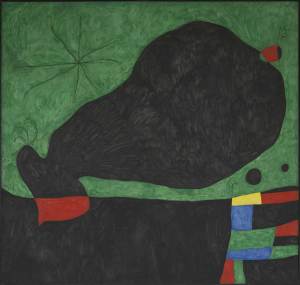 “Message from a Friend” 1964
oil on canvas
by Joan Miró

PS: “We’ve become conditioned to believe there is only one right answer. This goes back to the school system where you were rewarded for coming up with the one right answer that the teacher expected. To beat this conditioning, try to think of three right answers.” (Claude Legrande, pres. Ideaction Inc.)

Esoterica: Current research seems to indicate that the human brain is hard-wired to judge ideas at the same time that we generate them. It’s an instinctive response going back to the cave days when we had to deal with sabre-toothed tigers. An inner judge rules and makes a quick decision based on what worked before. Delaying judgement may not save you from a tiger, but it’s vital in creative thinking. Time gives the opportunity for more than one layer of the old cortex to go to work. A whole zoo of ideas is possible.

This letter was originally published as “New angles on creativity” on August 19, 2005.

“I think of my studio as a vegetable garden, where things follow their natural course. They grow, they ripen. You have to graft. You have to water.” (Joan Miro) 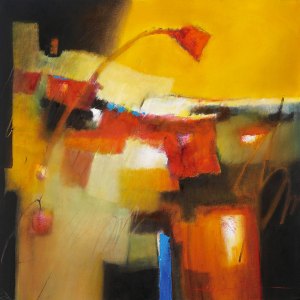 Discover the #1 secret to selling your abstract paintings. This fun yet intense retreat offers the freedom to find your personal creative voice. Develop exciting abstracts designs, learn how to achieve a glow in your abstracts plus my secret on how to never be without an abstract design.

Come to Taos, New Mexico for this special retreat filled with information, artistic growth and creativity. Watch the evening New Mexico light caress the adobe walls filling the air with a soft apricot glow… it is this light that inspires us to enter our soul.