You are at:Home»Letters»Ninth Street Women
By ShawnA October 12, 2018 Letters

“To be put in any category not defined by one’s work is to be falsified,” said Elaine de Kooning, responding in 1971 to being characterized as a “woman artist.” She was pushing back against a new field of art history which was burgeoning on the sidelines of the contemporary art world called, “feminist art theory.” She wanted to be judged not by gender but solely on her ideas and skill. 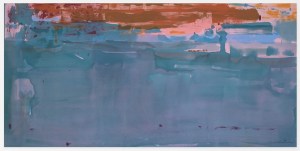 Twenty years earlier, Elaine de Kooning had debuted with 71 other artists at the Ninth Street Gallery in New York. The show featured eleven women and sixty-one men, including Elaine’s husband, Willem de Kooning, plus Robert Rauschenberg, Robert Motherwell and Jackson Pollock, the husband of another exhibitor, Lee Krasner. The month-long show launched a new wave of up-until-then virtual unknowns — loft squatters soon to become the Modern Masters of American Abstract Expressionism. Well, the men were soon recognized, at least. The women lumped along on a circuitous path as the at-times painter-wives of stratospheric art stars, with another ten, twenty, forty or sixty-plus years to go before establishing their own places in art history. 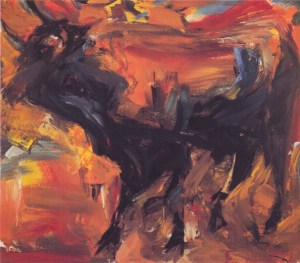 At the time of the show in 1951, Lee Krasner was 43. She’d studied classically at Cooper Union and the National Academy of Design and had worked as a muralist for the Works Progress Administration’s Federal Art Project after being singled out as a star pupil of Hans Hofmann, who’d praised her work as good enough to pass for a man’s. She was living in Springs, Long Island with her husband, who’d recently been featured on the cover of Life, dripping aluminum paint and cigarette butts under the text, “Is he the greatest living painter in the United States?”

By comparison, Hoffman’s other student, 23-year-old Helen Frankenthaler had only just graduated from Bennington College when she was accepted into the Ninth Street Gallery show. The following year, her painting, “Mountains and Sea,” would blow up the fiefdoms of colourfield and abstraction and pioneer her own personal and technical voice. She would marry Motherwell six years later. “What makes certain paintings successful or not,” she said, “has to do with my being a painter and a thinking, feeling person, more than my sex, color, height, origin.” 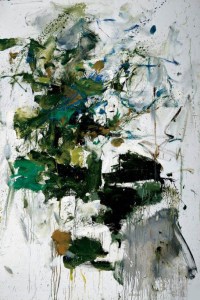 PS: “Let the picture lead you where it must go.” (Helen Frankenthaler)

“A work of art is the trace of a magnificent struggle. All time is comprehended.” (Grace Hartigan)

The Power of Paint; Creating the WOW factor in your paintings with Dutch artist Carole Boggemann Peirson 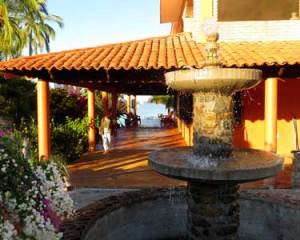 Week-long workshop in gorgeous paradise retreat for beginning and intermediate students in oils (or acrylics with experience). You will learn how to create a painting with beautiful light that captures viewers’ attention and keeps them fascinated. Small group size guarantees personal attention.

While you’re busy creating art and exploring, your friendly hosts at Casa Buena will ensure that your stay is memorable. Outstanding accommodations, food, and field trips will satisfy your desire for both comfort and adventure. Spouses are welcome!