You are at:Home»Letters»Paint by seeing paint
By clearmarble July 15, 2014 Letters
Dear Artist, I’ve always noticed that master creators have a seemingly easy ability to think on their feet. They look at their work in progress and amend it in what appears to be a natural and intuitive way. It’s easy to get the idea that they are just talented and have always worked in this manner. I think it’s an attitude, and it’s learned. I’ve also noted that the process is unpredictable — sometimes you least expect it and you have it, and other times you need it badly and it lets you down. Experience surely hones it, inaction withers it and desertion certainly kills it. 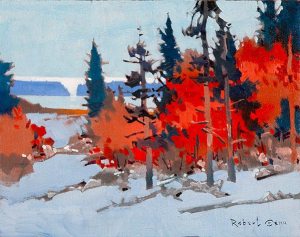 If you’re still with me, let’s get specific: Say you were to put down a splodge of bright red in the middle of an appropriately primed canvas. For a moment, perhaps a nanosecond, you ask, “What’s next?” You may, for example, be making your next colour choice. Let’s choose gray. Now you have a multiple choice of what to do with a brush-load of gray. You can cover the red with the gray, circle it, spot it, shade it, go nearby, cut in, go over an edge or short of an edge, go somewhere else or nowhere near it, even put the gray brush-load back in the pot. And that’s just for starters. You can also elect to use the gray transparently, opaquely, glazed, scumbled, impastoed, dragged, bumped, flicked, etc. When you move to the next brush-load you compound your choices even further. For many painters this may seem like reinventing the wheel, but also think of the variety of brushes or other tools you can use. Did anyone mention subject matter? A useful idea is to remember that it’s just paint trying to become a “barn.” If it’s not becoming a barn it may be becoming a Ferrari. You may think this attitude is nuts, but these days it seems to be a way to get to interesting stuff. I don’t want boring surfaces — boring for me or boring for others.

It all starts with seeing, really seeing what you just did. Let your last stroke — or that stroke over there — tell you what’s needed. 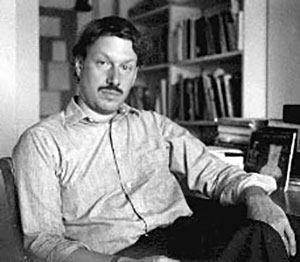 Best regards, Robert PS: “After the first brush stroke, the canvas assumes a life of its own; at this point you become both governor and spectator to your own event.” (Anonymous quote from our Resource of Art Quotations, provided by Derek Franklin, the reigning “King of Quotes”) Esoterica: One of the wonders of oil or acrylic is opacity. Watercolourists need not read this. Opacity mends all sins. No one need ever know what’s under there. Magically, the only part that really catches the eye is what you finally left on top. “Oil paint is the life blood — a substance so utterly entrancing, infuriating and ravishingly beautiful that it makes it worthwhile to go back into the studio every morning, year after year, for an entire lifetime.” (James Elkins) This letter was previously published as “Paint by seeing paint” on July 16th, 2004.   [fbcomments url=”http://clicks.robertgenn.com/paint-by-seeing-paint.php”]   Featured Workshop: Donna Dickson