You are at:Home»Letters»Peggy’s blue skylight
By ShawnA April 15, 2016 Letters 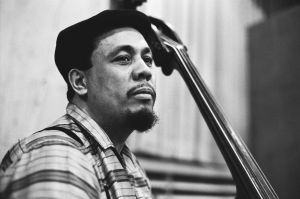 It feels a bit revolutionary.  A reset of brain activity rushes in with the first, introductory notes. Like a fast-sucking tide and new wave, my ears and guts are baby-fresh again, and I’m re-living those first few blush weeks in New York all those years ago. An acquaintance had suggested an impromptu outing and, at the time, the Big Band played in an even smaller joint off of Lafayette Street. Here was stream-of-consciousness — virtuosic and messy, playful, cacophonic, lyrical and rude, bright, dark, splattering, tumbling and whole-body snatching. Even more important than following the phrases and absorbing the clues from the lifers on stage was to take note of what was happening to mine. 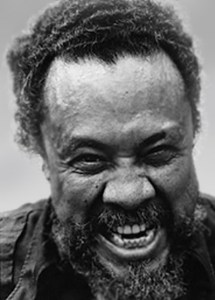 “What do you think happens to a composer who is sincere and loves to write and has to wait thirty years to have someone play a piece of his music?” (Charles Mingus)

Tonight, I’m as clear as a tuning fork. The pot-boilers of late have disappeared and, instead, free association nuggets glissando from long-forgotten lock-boxes. I’m wondering if it’s the live-ness of the room and the proximity to the dribbling brass bells of the improvisers, or my mind’s own desperation for nourishment, the compositions, the arrangements, a congenital susceptibility to wildness, or Mingus himself. I am in a portal to imagination, to a higher muse, to art’s potential. It is temporal and savoured.

Artists will forever look for more powerful ways to access the purity of their own possible, unfettered creativity. In the 1950s Mingus hung out with Allen Ginsberg and others at socialite Peggy Hitchcock’s upstate house, where Peggy had a skylight she wanted to replace with blue aircraft shield plastic. She was going for a permanent blue sky. Though she never got a building permit, Mingus wrote her something of a consolation and called it, “Peggy’s Blue Skylight.” You can find it on his 1962 album “Oh Yeah!” 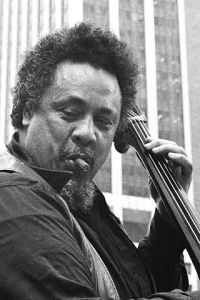 “Creativity is more than just being different. Anybody can plan weird; that’s easy. What’s hard is to be as simple as Bach. Making the simple, awesomely simple, that’s creativity.”
(Charles Mingus)

Esoterica: Charles Mingus (1922-1979) was born on a military base in Nogales, Arizona and grew up in the Watts area of Los Angeles. His mother was the daughter of an Englishman and a Chinese British subject from Hong Kong, his father the son of a black farm worker and a Swede. Mingus studied trombone, classical cello and the music of Duke Ellington, but poor education and racial discrimination prevented him from pursuing a career in classical music. He emerged as a jazz bass prodigy, composed Third Stream classical/jazz fusion and toured with Louis Armstrong, Lionel Hampton and Charlie Parker. He moved to New York City and started a record label where he could make the music he wanted. He made thirty groundbreaking albums in ten years alone, for a number of big and small labels. In the 1970s Charles Mingus developed ALS, which crippled his playing while he continued to compose and supervise recordings, including one with Joni Mitchell at the time of his death, aged 56. 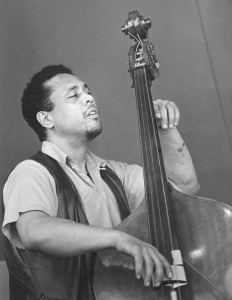 “In my music, I’m trying to play the truth of what I am. The reason it’s difficult is because I’m changing all the time.” (Charles Mingus)

Under the direction of his widow, Sue Mingus, the Mingus Big Band, Mingus Orchestra and Mingus Dynasty continue the legacy of Charles Mingus’ music with tours and residencies, Grammy award-winning records and competitions and workshops for young musicians. In 1988, a grant from the National Endowment for the Arts made possible the cataloguing and donation of Mingus’ compositions to the Music Division of the New York Public Library for public use. In 1993, The Library of Congress acquired Mingus’s collected papers — including scores, sound recordings, correspondence and photos. They called it, “the most important acquisition of a manuscript collection relating to jazz in the Library’s history.” You can read more about Charles Mingus in his stream of consciousness memoir, “Beneath the Underdog: His World as Composed by Mingus” and Sue Graham Mingus’ “Tonight at Noon: A Love Story.”