You are at:Home»Letters»Pick up your tool
By ShawnA January 19, 2016 Letters

A friend of a friend phoned this morning and said, “Don’t waste my time Bob — what’s your all-time best tip?” I had to put down my brush for that one. I used to think it was “Keep busy while you’re waiting for something to happen.” After some thought I realized I had honed the advice further: “Pick up your tool,” I told him. 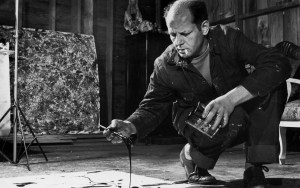 It’s been my observation that pretty well all growth, success and creative happiness are based on the discovery and exploitation of our tools. Some tools, tried and true, come back and are used again to new advantage. Still others are out there to be discovered. Here, necessity is often the mother of invention. It’s the instrument itself that cranks up the creative process. Some tools are mighty humble. I once watched a Hungarian artist by the name of Andre Szasz using crumpled newspapers to remove dark oil paint in degree from a light shiny ground and creating remarkably modelled figures. The use of that odd tool took him right into his unique and satisfying process. 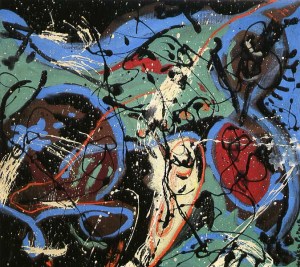 Recently I wrote to you from an island. Out there I was sometimes using a small paintbox loaded with little plastic bottles of liquid acrylic. I fitted a dozen or so with cone-shaped tops — the sort of instruments women use to touch up the roots of their hair. Craftspeople know all about these things. They give a three-dimensional line and invite a cursive, fluid stroke. When they get blocked you poke them with a nail. They keep the ideas fresh, help with the design, and above all, they’re speedy. I brought the bottle-made sketches back into the cabin during a storm and worked into them. What a tool, I thought.

So I’m telling the friend of my friend that I don’t mean for him to pick up my particular tool. I’m telling him that we all need to find and hold the tools that will become our partners. “Take that tool in your hand and let it discover your joy. That’s my all-time best tip,” I say. He hangs up. Maybe that was his best tip, too. 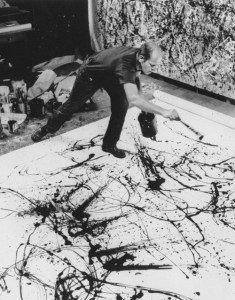 PS: “It is vain for painters to endeavor to invent without materials with which the mind may work.” (Sir Joshua Reynolds)

Esoterica: Did you ever stop to think that it’s only when you have a tool in your hand that you can get proficient at doing something? Without a tool you can talk about it, dream about it, regret about it, and that’s just about all you can do about it.