You are at:Home»Letters»Professional jealousy
By ShawnA February 28, 2017 Letters

There are all kinds of envy — including the kind that Freud thought he detected. The kind I’m talking about is called professional jealousy. Some artists have it bad. Salieri had it for Mozart. Who wouldn’t? It’s supposed to be one of the main sins. I’ve had lots of confessional letters from artists. They’re jealous of the success and talent of others. It happens everywhere — at art schools, with the artist next door, even sharing the same studio. One woman wrote to say that the envy she felt for her friend’s paper tole drove her to stop working in the medium. 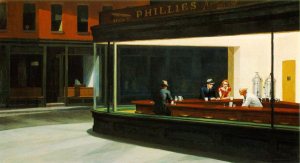 I’ve noticed a few things about the condition: It’s generally a same-sex activity. The envied person is often perceived as having an unfair advantage. If not checked, envy can last a lifetime. It can destroy. Some artists develop systems to avoid falling into it. Some act as if other artists hardly exist. They only pay attention to their own private direction. They don’t join clubs, attend other’s openings, visit galleries. They only expose themselves on their own terms and in what they think is their best light to those who can be trusted to adore or become customers. 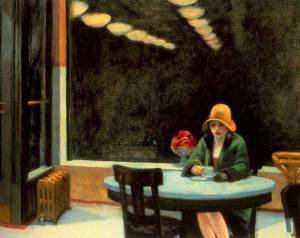 In my opinion, the best antidote to overcome envy is to look at the big picture. All of us are in competition with all others. Life’s a jungle. Survival of the fittest is a basic principle. It’s easy to be intimidated in small worlds when we are willing to remain in them. Be philosophic. Read more. Smell the daisies. Think outside the box.

Mild jealousy and covetousness are actually a route to improved capabilities. It’s called creative envy. It’s part of aspiring. The pressure can be channeled to new skills that take artists to a higher level, both economically and as evolved beings. There’s always something left to give. The camp of artistic altruism is full of brotherhood and sisterhood. It’s a cool place. 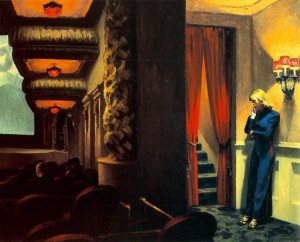 PS: “Envy is a symptom of lack of appreciation of our own uniqueness and self-worth. Each of us has something to give that no one else has.” (Elizabeth O’Connor)

Esoterica: Antonio Salieri (1750-1825) claimed that he was “the patron saint of mediocrity.” To know one’s own mediocrity is to wish to supercede it. We must be thankful to know mediocrity. Some don’t. For some reason, some don’t need to. “The only real influence I’ve ever had was myself.” (Edward Hopper)

This letter was originally published as “Professional jealousy” on October 23, 2001.

“My aim in painting has always been to make the most exact transcription possible of my most intimate impression of nature. ” (Edward Hopper)