You are at:Home»Letters»A radical kind of love
By ShawnA October 19, 2018 Letters 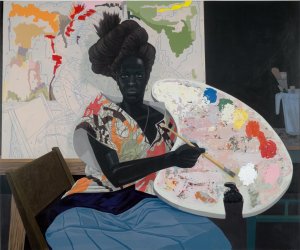 Six hundred and fifty artworks have been divided between the Studio Museum in Harlem and the Duke Ellington School of the Arts, the school Peggy helped found while still in her junior year at George Washington University. These works were not Peggy’s first collection. In 2009, when she was 61, a lifetime of art collecting was destroyed in the largest residential fire in Washington D.C. history when Peggy’s home burned to the ground while she was out of town. Peggy’s second collection had been amassed only in the last eight years. 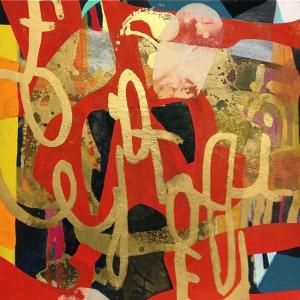 Born to a well-to-do family in Mobile, Alabama in 1947, Peggy grew up immersed in the spirit of activism. Her father, the owner of multiple insurance and funeral companies, worked to integrate Mobile’s Catholic school system, while her grandmother had opened the first black school there. While in law school at George Washington, Peggy helped to found the Black Student Union and campaigned successfully to prohibit racial discrimination in the Greek organizations. Along with choreographer Mike Malone, she formed an incubator for minority artists that later became the Duke Ellington School of the Arts. And Peggy began collecting art.

Peggy loved adventurous work and explored all kinds of media and materials. A shimmering tapestry by Ghanaian artist El Anatsui, which was destroyed in the fire, was made out of woven bottle caps. The artist, along with many others, offered to make her a replacement piece, but Peggy said she felt awkward about the idea. Instead, she set to work filling a new glass and steel house near Dupont Circle with new artwork. “Collecting,” said Peggy at the time, “has now reached diseased levels in my being.” Peggy Cooper Cafritz passed away from complications of pneumonia on February 18, 2018 at age 70. 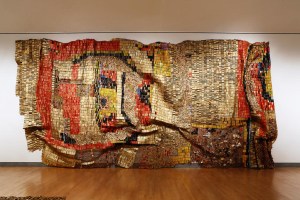 PS: “It’s as if we will now have direct access to Peggy’s amazing vision, seeing the world’s possibilities as she did.” (Tia Powell Harris, Chief Executive of the Duke Ellington School)

Esoterica: Along with devoting her life to supporting artists, Peggy mentored young people, helped to raise funds for political causes and candidates, was a fellow of the Woodrow Wilson International Center for Scholars, and served as president of the District of Columbia Board of Education. “Her idea of what it meant to be a collector also meant investing in the artist as a human being,” said curator and choreographer Rashida Bumbray. “She had a relationship with each individual. She didn’t take it lightly. She practiced a radical kind of love, and we see that love truly manifest in the success of the artists she collected and nurtured so deeply.” 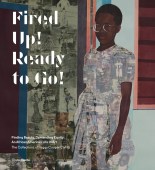 Highlights from Peggy’s collection, including many lost in the fire and with essays by the artists and others, Fired Up! Ready to Go! Finding Beauty, Demanding Equity: African American Life in Art, is available here.

“She had a lot of faith that we could do well. She made you feel like the most important artist in the world. She saw that’s what was needed.” (Artist Simone Leigh) 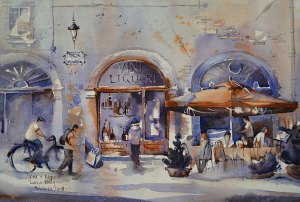