You are at:Home»Letters»Secret world
By ShawnA September 9, 2016 Letters

Every morning at 8:30 a.m., Diane Warren drives from her home in the Hollywood Hills to an office on Sunset Boulevard she calls, “the cave.” There, she sticks to a strict schedule, working 12-16 hours per day, finishing one song per week. She credits her process to an obsessive attention to detail and a singular, one-song-at-a-time focus on melody, lyrics and chord choices. 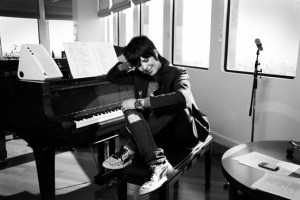 While she doesn’t read or write staff notation, Diane records herself singing while playing piano or guitar, then listens back on a Walkman. Later, her longtime team of engineers will record her in a rough demo that she can share with a suitable recording artist. While her contemporaries, electronic/R&B/pop titans like Dr.Luke, Max Martin and Bonnie McKee, work in teams — often virtually — co-writing snippets, hooks, bridges and toplining (writing a lyric and melody over a pre-made beat), Diane works alone in a dishevelled room she admits has not been cleaned in decades. She’s protective of her space — almost superstitious — and doesn’t allow visitors. She keeps control of each creative moment in her secret world until she’s ready to share.

“I’m just, like, in my own world,” says Diane. Best known for her heroic power ballads of the ’80s and ’90s — songs of scope and grandeur that follow a winning structure and melodic formula — she admits that she thrives on the squalor and solitude of her messy room. “When I write with other people the experience is different. You have to compromise, which I have problems with. I’d rather listen to my own mind,” she says. And magically, in spite of writing expert-level love songs, Diane says she’s never been in love. 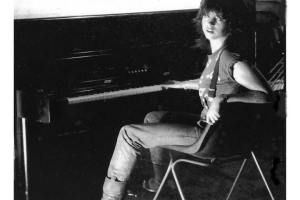 Diane Warren, photo 1975 “The writing of a song is like being in a really cool place in the forest, and figuring out how am I going to get out.”

Having just turned sixty, she remains unmarried and child-free, having ended her last romantic relationship more than two decades ago. Fans and critics speculate that her songs’ panoramic, almost aerial translations of the human heart may be a big part of her success. Her songs’ themes — their breadth and ubiquity — connect as universal human truths, and the power vocalists who deliver her words and melodies quiver and soar on the verge of tears, rage, defiance and ardour. “I have a good imagination,” says Diane. “Look, I know what it feels like to have a broken heart. I know what it feels like to feel something for somebody. I’m just too weird to be in a relationship.” The result is that she’s almost always her songs’ sole writing credit. 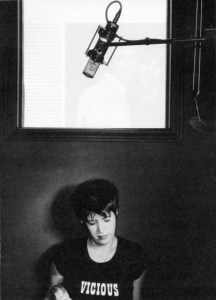 “I know nothing about intimacy. But I feel it, the yearning.”
(Diane Warren)

PS: “I haven’t really been in love the way most people are in love. I think I love my cat more than I could love any human.” (Diane Warren)

Esoterica: Diane Warren was born in 1956 in Los Angeles, and remembers feeling a bit alienated as a child. At seven, she became interested in Carole King and the professional songwriters working out of New York’s Brill Building, but her mother told her she couldn’t sing and that she’d make a better secretary. At fourteen, Diane ran away, but came home after two weeks because she missed her cat. Her father, an insurance salesman, told her that if she improved her grades he would buy her a guitar, and so began her songwriting. After high school, Diane attended a few college classes before dropping out to make demos. In 1983 after years of struggle, she got a job working as a songwriter for ’80s singer Laura Branigan’s producer. Soon, Diane had a charting hit called Solitaire on the Billboard Hot 100. Over the past three decades, Diane Warren has written hundreds of hits for artists including Aerosmith (I Don’t Want To Miss A Thing); Toni Braxton (Un-Break My Heart); LeAnn Rimes (How Do I Live); Ace Of Base (Don’t Turn Around); Cher (If I Could Turn Back Time); Starship (Nothing’s Gonna Stop Us Now); DeBarge (Rhythm Of The Night); Aretha Franklin and Elton John (Through The Storm); Michael Bolton (How Can We Be Lovers); Robert Flack with Maxi Priest (Set The Night To Music); Christina Aguilera (I Turn To You); Gloria Estefan (Music Of My Heart); Faith Hill (There You’ll Be); Joe Cocker (When The Night Comes); Aaliyah (The One I Gave My Heart To) and others. She was the first songwriter in the history of Billboard to have seven hits, by seven different artists, on the singles chart simultaneously and has been named ASCAP’s Songwriter Of The Year six times, inducted in the Hall of Fame and owns her publishing. Her song about her father, Because You Loved Me, performed by Celine Dion, won the 39th Annual Grammy Award for Best Song Written For A Motion Picture or Television. Her latest Oscar nominated song (2016) was Til It Happens To You, performed by Lady Gaga.
Diane Warren Gems | Diane Warren Love Songs

“I could be spending all day on one line. That can be a difference of making, in my mind, just making a great song or a good song. A little break, a little bridge, a little B section — it’s all super important.” (Diane Warren)