You are at:Home»Letters»Self-portrait
By ShawnA June 26, 2015 Letters

I’m laptopping you from an airplane somewhere over the Atlantic, where I’ve been reading 29-year-old filmmaker Lena Dunham’s 2014 memoir, Not That Kind of Girl. Risking an evening of unsavoury navel gazing or too much of the wrong information, I find the book has instead revealed the tale of a human being unloading a poker-faced truth. “She simply tells her story as if it might be interesting,” wrote artist Miranda July of Lena’s work. I thought of painting. 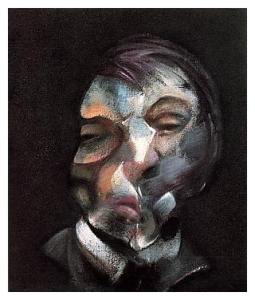 Long ago at art school, we were given the assignment of doing a self-portrait. At the time, a couple of my classmates were using photographic reference for all kinds of paintings, reproducing the croppy two-dimensionality of 3 x 5 inch colour prints, soft-edged and personal, with a narrative quality I admired. But for this job, the professor banned the use of photos and told us to use a mirror instead.

I stretched an over-sized canvas and propped a full-length hardware store mirror on the floor, thinking I could get to the meat of my twenty year-old face by focusing on lights, darks and experimental passages of fleshy colour. I stared into the dimensions of the mirror like it was a crystal ball, quietly passing through the imaginary person I thought I wanted to paint and into the possibility of a clearer truth.

Here’s an exercise: Without setting up a pose and without props, describe in paint your face as you really see it. Temper realism with poetry — a richer painting exists just beyond the values. Use the depth in the mirror — a photo is a flat illusion. Bump up the size if you feel it. Work with an uncomfortably big brush. Pay attention to lighting, inner and outer. Cast off your own prejudice and associations and avoid fashion, iconography, reference and homage. You’re an original. Tell your story as if it might be interesting. 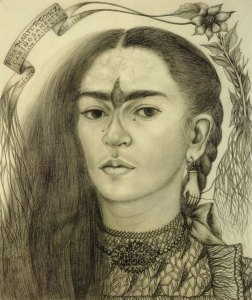 PS: To be yourself in a world that is constantly trying to make you something else is the greatest accomplishment. (Ralph Waldo Emerson)

“All has not been said and never will be.” (Samuel Beckett)

Esoterica: It takes courage to trust that your stories may be recognizable to others and therefore be valuable. Lena Dunham is the daughter of a father-painter and mother-photographer and is herself the writer, director and producer of two independent films and the HBO comedy series “Girls.” She also acts in her own productions. “Respect isn’t something you command through intimidation and intellectual bullying,” Lena says her mother taught her. “It’s something you build through a long life of treating people how you want to be treated and focusing on your mission.” “How quickly you transform the energy, life throws you into folded bows of art,” Lena’s father told her. “Every time I start feeling sexy, I trip.” (Lena Dunham)