You are at:Home»Letters»Shining Light
By ShawnA January 26, 2016 Letters

Photographers, unencumbered by a thousand years of process, have shone their light onto new levels of pictorial creativity. Good examples are Galen Rowell and his wife, Barbara. Through countless adventure-photography assignments to the Rockies, Tibet, Patagonia, Galapagos, Antarctica — even to a falcon’s nest at skyscraper top, Galen’s eye and brain have reassessed the business of viewfinder seeing. As well as taking spectacular photos, he has written about the process with clarity and charm. Noted for his invention of selective neutral-density filtering, he has also helped re-define other systems. For artists of all stripes, many of his ideas and observations are worthy of naming and claiming. 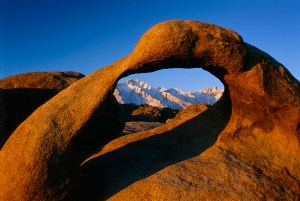 More than a dozen of Galen’s books expand the artistic potential. In Galen Rowell’s Vision: the Art of Adventure Photography, he takes us into an exhaustive world of the shot list, sense of place, dream imagery, man and scale, conscious visualization, internal messaging, external ideas, event thinking, finding the metaphor, fizzled-plan opportunity, superman mentality, visionary behavior, heightened symbolism, emotional transference, visual drama, image maturity and the science of chaos. Just as in the Eskimo language there are many words for snow, light and its effects in Galen’s universe come to be known by many names. Galen has an intensely curious mind that is able to make remarkable leaps of faith. Imagery, before and after the event, is examined for the emotional and intellectual responses that were expected and achieved. 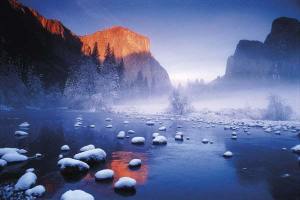 Galen and Barbara take you with them and leap with you from pinnacle to pinnacle. Like many evolved artists they are at home discussing their favourite film-stock (Fuji Velvia) as well as defining a philosophy for their art. At the base of it all is a courageous heart and the capacity to be forever in a questioning mode.

PS: “Even though failures are certain to outnumber successes, the idea of pursuing a dream image in my imagination and going out to find the place where it actually happens is what keeps my creative juices flowing.” (Galen Rowell) “Chance favors the prepared mind.” (Louis Pasteur) 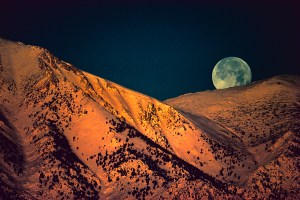 Esoterica: Tragically, Galen and Barbara Rowell died in an airplane crash in central California on August 11, 2002. The images we have of the Rowells in life were often of them hanging upside down from some impossible escarpment. They thrived on new and dangerous assignments — new vistas seen with new eyes. An adventure-photographer hops between locations. He and she flew down into the volcano and through the circular rainbow. An adventure-photographer does not sit at an easel and stare at his shibboleths. An adventure-painter can learn from this.

This letter was originally published as “Shining Light” on February 18, 2003.