You are at:Home»Letters»Sketch club
By ShawnA February 24, 2017 Letters

A few blocks north of the Washington Square Arch in New York’s Greenwich Village stands the last surviving brownstone on lower Fifth Avenue, at Number 47. Built in 1853 as the residence of the first president of the Pennsylvania Coal Company, the house changed hands a few times after his death and then fell into disrepair. Eventually, it became a boarding house. In 1917, the members of a flourishing art club, having outgrown their nearby 12th Street rental, bought the house for $75,000 with a plan to pay off the mortgage with painting sales. They did it in just five years. 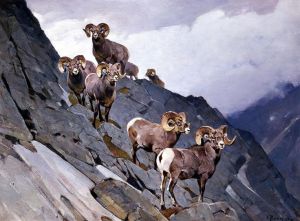 Forty years earlier, a group of art students gathered at sculptor Johnathan Scott Hartley’s studio in the village for a sketch class. Soon, they’d committed to weekly sessions and crits. They called themselves The New York Sketch Club, but ultimately took on the name Salmagundi — like the stew or salad — inspired by Washington Irving’s lively, early 19th Century satirical essays called The Salmagundi Papers. It wasn’t long before the club’s few dozen artists were publishing illustrations in Scribner’s and Harper’s, had produced a portfolio of etchings and were showing nationally and overseas. 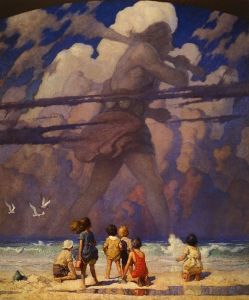 “On The Shoulders of Giants” 1923
oil painting by N.C. Wyeth

One hundred and forty-six years later, the Salmagundi Club endures through the ebb and flow of artistic, aesthetic and economic history. Maintaining a philosophy to judge work based on sound and academically measurable standards, the club has, at times, lead American Art’s vision and direction. During other periods, including the explosions of Abstract Expressionism and American Modernism, it was left to murmur in the shadows with whittling funds and quiet attendance. Today, it hangs tough — on behalf of American Realism and all else which pours from the studios of New York and beyond. Historical members N.C. Wyeth, Carl Rungius, Maynard Dixon, Louis Comfort Tiffany, Childe Hassam, William Merritt Chase and an honorary member, a hobby painter named Winston Churchill, have boosted its private handle: “The most artistic association in the country.” 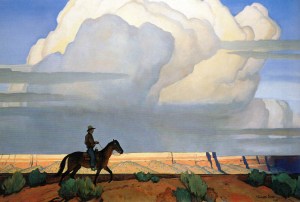 PS: “The first quality that is needed is audacity.” (Winston Churchill)

“I sent the club a wire stating, ‘Please accept my resignation. I don’t want to belong to any club that will accept me as a member.’ ” (Groucho Marx) 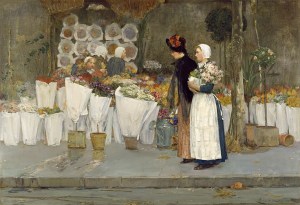 Esoterica: A hundred years since the purchase of 47 Fifth Avenue, now a designated historical landmark, you can still climb its stoop and cruise the halls, parlours and galleries, hung in every nook and corner with current and historic prizewinners and future visionaries. With a current member roster of around 900, it offers what most any sketch club, big or small, does across the planet: an art library, drawing classes, demos, talks and panels, concerts, juried shows, fundraising auctions, scholarships, criticism, discourse and fellowship. We are not alone. The Salmagundi Club, the oldest in America, also happens to have a surprising collection of used painter’s palettes. “We shape our buildings; thereafter they shape us.” (Winston Churchill) 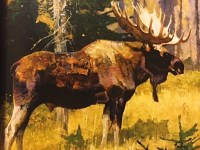 “After you’ve painted a couple of thousand paintings, then you can begin.” (Carl Rungius)