You are at:Home»Letters»Speculating
By ShawnA January 29, 2016 Letters

While walking recently through a California olive grove, a budding art collector and I ruminated on love and investing. “I’m an intuitive collector, but my husband likes to research. He wants to learn about the artists and their drives,” she confided. “We have an agreement. Whatever we buy, we must both love it.” 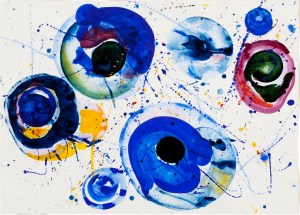 “As an artist,” she asked, “does it bother you if a collector buys your painting but later sells it?” Without hesitation, I replied, “The art world needs speculators. What would emerging artists do without someone willing to take a chance? And what fun would collecting be without the gritty discovery of future treasures?”

Days later, I felt haunted by her question and wondered if she might be onto something. I’d always believed that our ideas remain eternally ours in spirit, and by sharing them we make the ultimate connection we crave as communicators. In short, my job is to let my paintings go. On top of this, collectors are vital participants in the life and stewardship of art and so should be free to make changes down the road if they feel like it. Focused on the ideas of acceptance and rejection, perhaps I’d missed other values. 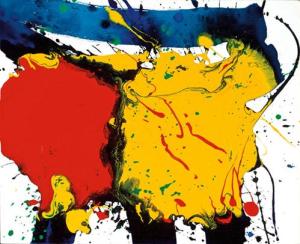 “I understand her query,” a dealer-friend weighed in. She mentioned this month’s Supreme Court decision on a California lawsuit about secondary market artist royalties. Chuck Close, the estate of Sam Francis and others have sued Sotheby’s, Christie’s and eBay for ignoring the California Resale Royalties Act of 1976, which requires auction houses to pay a five percent royalty to artists on works selling for more than $1,000, including to out-of-state buyers. Last year, an appeals court ruled that the Act is constitutional and must be upheld, with the exception of when sales are made outside of California. President of the Artists Rights Society, Theodore Feder, took it as a win: “The California court could have called the whole thing unconstitutional, but did not.”

In New York, Representative Jerrold Nadler, with the support of some other members of Congress, has championed a bill called the ART Act, which would provide a similar percentage and allow for worldwide royalties. It would also require the Copyright Office to watch its effects on the art market and eventually advance the law to cover dealers and galleries. Like the universally accepted buyer’s premium, an artist’s royalty could become an expected inclusion in the value of new love. 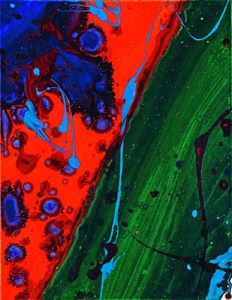 PS: [Resale royalties are] “a fundamental right enjoyed by artists around the world that we hope will finally be accorded to American artists.” (Eric George, of Browne George Ross LLP, California)

Esoterica: Perhaps my collector friend sought to simply better understand the nature of art relationships, loyalty and rejection. In art, as in love, changes of heart are sometimes part of the affair, while others mate for life. In business, Massachusetts Congressman and ART Act champion Edward Markey believes that “the creativity of America’s visual artists is a currency that should be properly valued. More than 70 other countries provide visual artists copyright protection for their intellectual property, and the ART Act brings the United States in line with the international community so American artists can receive reasonable royalties when their works are sold overseas.”

“My attitude has been that collectors stick their necks out by buying our work in the first place, and ought to enjoy the full benefit of their shrewdness.” (Robert Genn)