You are at:Home»Letters»Spin cycle
By ShawnA August 1, 2017 Letters

Subscribers often email me the reasons why they don’t go to work. One should not work for money, they say, or for relatives, intellectuals, selves, instructors, men, dealers, patrons, governments, customers, the masses, or religious organizations. The variety boggles. Every day I spin this sort of information in my ever-boggled brain.

This inbox also fills with comparisons of fine art to other art forms — particularly film, literature and music. Film, they say, has now become work that is fit only for a committee. In film, apparently, no one knows what’s going on any more. Also, because of the expense of filmmaking, the team must regularly fall back on the conventional wisdom. Risk-taking is difficult when confined to formula. “Independent artists” are now possible only in the independent arts, except for the very few. 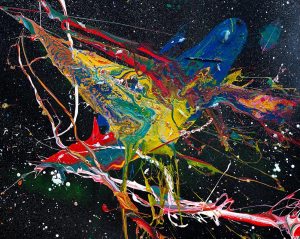 Literature, with its linear, editable quality, gets off better. Many artists see writing as a lofty, complementary activity that enriches their art. Every day now, thousands of visual artists invade the blogosphere. On another level, living inside a developing novel or poem is seen as a nice way to go. Then there’s the satisfaction of seeing one’s thoughts and characters between their own covers. 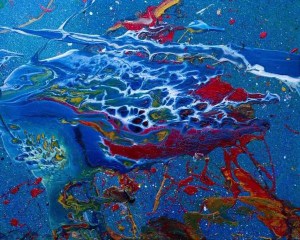 Music is attractive with its time-bound measures, immediacy and lovely potential for sharing. Love in a song can be carried by iPod or satellite or whistled between subway turnstiles. How fine to be Christina Aguilera or Cole Porter or Johann Sebastian Bach. Also, music composed in academia needs to be intellectual and new — parallelling much of the visual art made in academia. The foundations of harmony, melody and rhythm are there to be tested and often rejected. Disgruntlement is rife. Disciplines that once stole hearts have become fields of cynicism. A recent email told me that there was “nothing new to be written in music, so why bother?”

So why do we work? The spin tells me that it’s our human longing for immortality. It’s love that we require. And many artists wish to be loved immortally. Our quest for love has its vernacular in our quest for fame. Love is why we work and sing and write and dance and quilt and point cameras and make all the things that we do. 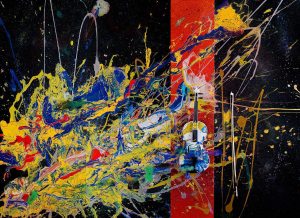 “The Land of the Dinosaurs in the Rainbow Rivers
of Space” 2014 Soundpainting
acrylic, violin & bow on canvas
60 x 84 inches (four panels)
by Aelita Andre

PS: “I saw you there one wonderful day
You took my heart and threw it away
That’s why I ask the Lord in Heaven above
What is this thing called Love?” (Cole Porter)

Esoterica: In the music department at S. University I attended the world premiere of “Spin Cycle” by Gerald Mub. Mub’s 20-minute piece consisted mostly of layered and long-held bass-fiddle bowings that lingered until their vibrations ran down to a murmur. Occasional high screeches from detuned violas and violins gave a Paleolithic counterpoint, like Tyrannosaurus Rex calling in the distance. A generous outbreak of applause greeted the final bars. Mub’s mother, who happened to be sitting next to me and with whom I struck up an acquaintance, told me that he had done better work in “Foundation.” I told her that I thought her son’s piece was “remarkable.”

This letter was originally published as “Spin cycle” on April 28, 2006.

In the arts, as in life, everything is possible provided it is based on love. (Marc Chagall)