You are at:Home»Letters»Striving for rejection
By sara genn February 8, 2019 Letters

In 1986, Jim Lee was preparing to graduate from Princeton with a psychology degree and considered going to medical school. As a kid growing up in suburban St. Louis after his parents emigrated from Seoul, South Korea, Jim learned to speak English while escaping to comic books to relieve the anxiety of feeling like an outsider. Upon his graduation from Princeton and longing to return to his love of art, Jim decided to enroll in a drawing class. When something ignited inside him, he asked his parents for a year to postpone his studies while he tried to break into the comic book industry. Jim began mailing pages of his drawings to Marvel and DC Comics. 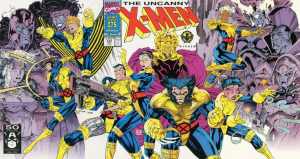 Uncanny X-Men #275
by Jim Lee, with inks by Scott Williams and colors by Glynis Oliver and Joe Rosas, 1991

Dear Mr. Lee,
Your work looks as if it were done by four different people. Your best pencils are on page 7, panel with agents (lower left corner), and close up of face. The rest of the pencils are of much weaker quality. The same can be said of your inking. Resubmit when your work is consistent and when you have learned to draw hands.
Best,
Eliot R. Brown
Submissions Editor, Marvel Comics Group

Some comic book artist friends convinced Jim that he might have better luck if he tried to show his work to editors in person. He attended a convention in New York City, where he met one of the Marvel editors, Archie Goodwin. Archie agreed to let Jim come to Marvel to pencil a mid-list, lesser-known series called Alpha Flight. Jim’s drawings slowly gained popularity with readers — especially his work on a series called Uncanny X-Men. He began co-writing, formed his own publishing company, made creator-owned titles and started his own production company. Today, Jim is the co-Publisher and CEO of DC Comics. 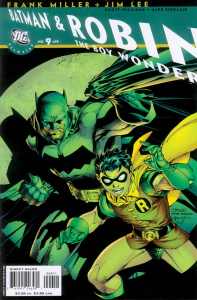 All Star Batman and Robin, the Boy Wonder, #9
by Jim Lee, with inks by Scott Williams and colors by Alex Sinclair, 2005

PS: “Sometimes I wonder if we ever really improve as artists or if the nirvana derived from completing a piece blinds us enough to love what we have created and move on to the next piece. If we could see the work as it is, with years of reflection in the here and now, how many images would end up in the trash rather than on the racks?” (Jim Lee)

Esoterica: Longing to return again to illustration in 1998, Jim sold his production company to DC Comics, where he continued to run it but also worked as an artist. Jim has drawn and written for the Marvel and DC icons Batman, Fantastic Four, The Punisher War Journal, Superman, WildC.A.T.s and Uncanny X-Men, his most personal as the outsiders looking in, re-inventing America. “People ask me, ‘What happened in your life that might have pushed you as an artist to get to where you are today?’ ” said Jim. “I always felt a little on the outside. And as such, you’re always observing things. So, I’d be kind of re-creating these things in my mind, and I think drawing it was a way to deal with that.” 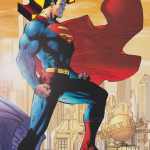 “How you react to rejection is important. It is not the rejection of others that truly affects us, the problem occurs when… that rejection by others causes us to ‘reject’ ourselves.” (Chris Tyrell) 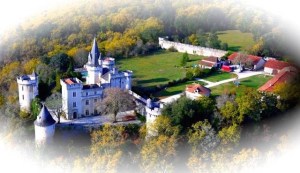 Learn the secrets of landscape and cityscapes from master UK painter Andrew Gifford, color mixes, techniques of layering and glazing different brushes and palette knives to priming and grounding boards. He will demonstrate how to paint from an early sketch to the final piece in the many stunning locals of the region = all while you live in a genuine castle and eat like royalty.

See full details at www.ArtattheCastle.com or email questions to artatthecastle1@gmail.com