You are at:Home»Letters»The 7 habits of highly effective artists
By ShawnA June 23, 2017 Letters

Recently, a subscriber wrote to ask about a letter he called, The 7 Habits of Highly Effective Artists. Sounding familiar, I took to the Painter’s Keys search bar tool, but came up short. A quick pass at Google gave me a seminar aimed at 3D computer graphics animators, and so I wondered, might it be time to take a closer look at the “habits?” 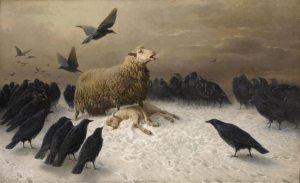 First published in 1989, Stephen R. Covey’s best-selling self-help manifesto The 7 Habits of Highly Effective People triumphs character over personality in the achievement of goals. Covey, a Mormon missionary and professor of business and management at Brigham Young and Utah State universities believed that true “effectiveness” is a balance between achieving results and caring about what produces those results. In other words, the ethics of process and the love put into it are as important as the end feat. In art, most of us will live out our lives entrenched in the nuances of this path of discovery.

Covey’s 7 habits are divided into 3 parts: Independence, interdependence and improvement. Here they are, with adaptations. 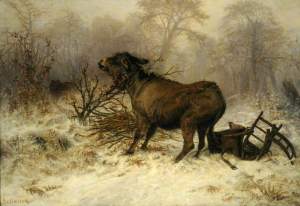 1. Make something. Art is an solo calling and demands the proactive approach of a self-sufficient, self-starter willing to explore and work — through practice — towards mastery. A network of helpers, collaborators, promoters and prize-givers can’t proselytize your genius without first having something of yours finished to share with others.

2. Plan your work and work your plan. Having recently celebrated a birthday, I’ve given the upcoming year a strapline of “Stick to your vision.” When confused by moments of doubt or swayed by setbacks or emergencies, I refer to my strapline and rework my plan. “You are the programmer,” wrote Covey.

3. Put first things first. “The key is not to prioritize what’s on your schedule, but to schedule your priorities.” Effective artists avoid mistaking the urgent for the important. Decide on the “important” — and keep it at the fore. 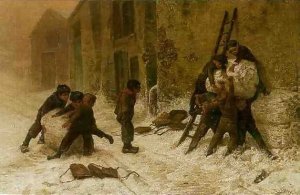 “Playing in the snow”
oil on canvas, 60 x 90 cm
by Albrecht Schenck

4. Win-win. “I teach people how to treat me by what I will allow,” wrote Covey. In the never-ending hardscrabble of the art-climb, bring joy to your collaborators and supporters without compromising your own vision. A creative director friend recently admitted that it had taken him 20 years to finally, consistently resign the bottom 20% of his clients. Keeping an endless tether on the late and non-payers, chronic cancellers, poor communicators or just those with divergent visions can dishearten and stall progress for everyone. It takes courage to stay and courage to go.

5. Seek first to understand, then to be understood. Go back to your materials. Do you know what you’re doing? Next, rewrite a short artist statement, expressed in simple-as-possible language. “Trust is the glue of life,” wrote Covey. “It’s the most essential ingredient in effective communication. It’s the foundational principle that holds all relationships.”

6. Synergize. What can you achieve with others, creatively and professionally, that you cannot achieve on your own?

7. Sharpen your tools. Are you getting better? Are you becoming more you? 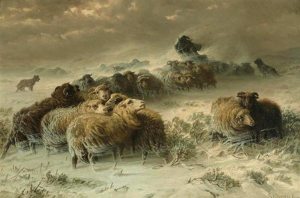 Esoterica: Covey’s 8th habit, “Find your voice and inspire others to find theirs,” was added in 2004 and expands on his theory that interdependence is more valuable than independence. He also names a few baddies to keep at bay, like complaining, comparing and competing. In art, I’ve found that one’s voice becomes clearer and louder by returning to Habit number 1. “The main thing is to keep the main thing the main thing,” wrote Covey. “You have to decide what your highest priorities are and have the courage — pleasantly, smilingly, non-apologetically — to say “no” to other things. And the way you do that is by having a bigger “yes” burning inside.”

“Live out of your imagination, not your history.” (Stephen R. Covey)