You are at:Home»Letters»The decisive moment
By ShawnA July 10, 2018 Letters

In 2004, at home in the south of France, Henri Cartier-Bresson, one of the world’s best-known photographers, died. He was 95. 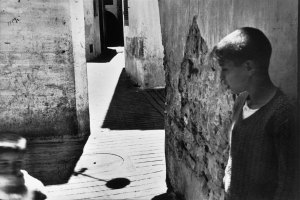 “One eye looks within, the other eye looks without,” said Cartier-Bresson. Starting with the simplest of box cameras, most of his life he worked in black and white with a quiet Leica, without a flash. He didn’t believe in cropping, staging, tricky developing or dodgy printing. His business was trapping the momentary visual delights of life in motion. “For me, the camera is a sketchbook, an instrument of intuition and spontaneity, the master of the instant which, in visual terms, questions and decides simultaneously. In order to give meaning to the world, one has to feel oneself involved in what he frames. This attitude requires concentration, a discipline of mind, sensitivity, and a sense of geometry. It is by great economy of means that one arrives at simplicity of expression. To take photographs is to hold one’s breath when all faculties converge in the face of fleeing reality. It is at that moment that mastering an image becomes a physical and intellectual joy.” 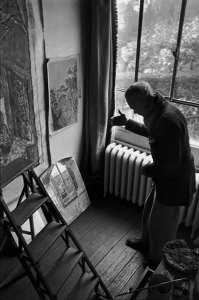 Cartier-Bresson’s concept of “the decisive moment” is as valid for painters as it is for photographers. In photography it means the point in a shooting cycle where the very height of an action is recorded. Paintings also benefit from those times when a cloud forms to echo a foreground motif, where chance body-language signifies meaning, where pictorial elements line up or become separate from one another, where a sitter’s look suddenly gives away an inner being. Even “still-life” can profit from the idea of decisive moment. If you don’t believe me, try looking at a set-up of apples and oranges on a lazy Susan by turning it slowly. You’ll find an ideal, perhaps a perfect angle, and very often it will not be what you originally conceived. It’s all about waiting, seeing, feeling and capturing.

Starting out as a painter, it was to painting and drawing that Cartier-Bresson returned in later life. To him the two arts were complementary, mutually reinforcing — one slow, one speedy — both were a matter of “putting one’s head, one’s eye and one’s heart on the same axis.” 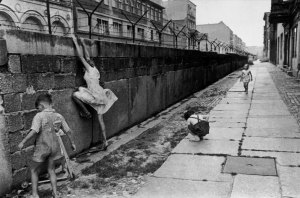 PS: “Photography is a way of shouting, of freeing oneself, not of proving or asserting one’s own originality. It’s a way of life.” (Henri Cartier-Bresson, 1908-2004)

Esoterica: Cartier-Bresson was early aware of the divide between art-making and art-showing. In Paris in 1947 he co-founded Magnum Photos, an international image bank that aimed at getting quality photography in front of people. Working the synergy between magazines, art books, public and commercial galleries, he raised the awareness and value of his and others’ work. Many of his photographs are among the popular images of our time and have influenced many living photographers and painters.

This letter was originally published as “The decisive moment” on August 10, 2004.

“The creative act lasts but a brief moment, a lightning instant of give-and-take, just long enough for you to level the camera and to trap the fleeting prey in your little box.” (Henri Cartier-Bresson) 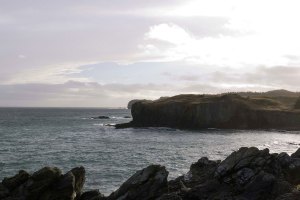