You are at:Home»Letters»The nature of serial process
By ShawnA June 20, 2017 Letters

We’re all familiar with the problems associated with Sunday Painters. Cranking up the old machine once a week may be okay in the vintage car hobby — but it’s bad news in the creativity game. The steady worker who applies his craft daily is more likely to make creative gains than an intermittent one. Even when tired, or even because of it, the rolling creator can generally squeeze further. 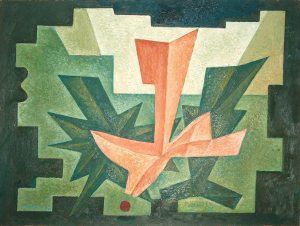 While the “tolerance for duds” is part of the serial game — and a valuable lesson in the non-preciousness of art — the effervescence that flows has to be among the truly great feelings. Curiously, it’s best if the artist doesn’t have much to say about the process. Spilling the beans interferes with series work. “I do not explain, I explore,” said Marshall McLuhan.

Developing an initial idea into an extended series is basic to the art spirit. In the natural progression from the obvious to the esoteric, it’s often in the esoteric that the better work is realized. Along the way there are stages that can help a creator get a bigger bang for her buck: 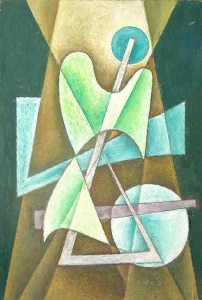 — Initial attraction and recognition of potential.
— Commitment to virgin understanding and first rendition.
— Secondary attraction to nuance and sleeper elements.
— Further “aha” recognition that the thing has legs.
— Re-dedication to specific exploration and variation.
— Development of personal touches and sensitivities.
— Progression through excited highs to creative climax.

As the serial process unfolds, the challenges presented by earlier sorties become more and more easily retaken. While a project’s history becomes necessary to its future, previously covered ground is glossed over in favour of other concerns and attractions. Facility and speed, while they may not be ends in themselves, are byproducts of the process. If uniform sizes and means are maintained, the last often takes less time than the first. And the mind, caught up in the seductive business of exploration, stays hot and snappy like an electric swatter in a cloud of mosquitoes.

Then there was the guy who was inventing and testing soft drinks. He developed One-up, Two-up, Three-up, Four-up, Five-up, and Six-up. None of these were quite perfect, so he quit right there. 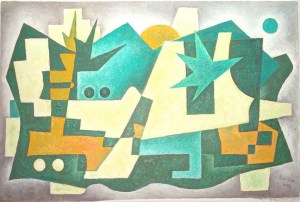 “Seen from Above” 1979
oil painting by René Cera

PS: “Plunge deep enough in order to see something that is hidden and glimmering.” (Matsuo Basho)

Esoterica: In series thinking I have the irresistible conceit that I may be making something of lasting value. I rationalize that to do so I must go where others may not have been — where I myself have not yet been. Often, while lingering at the delightful outer reaches of series, I have that warm feeling that I’m getting nearer to the best I can be.

Rest not! Life is sweeping by;
Go dare before you die.
Something mighty and sublime,
Leave behind to conquer time. (Johann Wolfgang von Goethe)

This letter was originally published as “The nature of serial process” on June 30, 2006.

“Nature is an endless combination and repetition of a very few laws. She hums the old well-known air through innumerable variations.” (Ralph Waldo Emerson)