You are at:Home»Letters»The other eye
By ShawnA September 6, 2016 Letters

There are eight paintings in these two rooms. Each is two meters high and they vary in length from six to seventeen meters. You already know I’m talking about les Nympheas — the water-lilies of Claude Monet, painted between 1899 and the end of his life in 1926, now permanently on display at the Orangerie in Paris.

As usual, I’m sniffing my way around, deconstructing, looking at surfaces, watching brushwork, detecting elan, energy, ennui, and the necessary labour that came with his declining sight. I can’t help it: it’s the how and why that gets me. It’s sort of my religion — trying to dig up the ways and means and the daily toils of the maker. How difficult was this? How easy was that? How much planning went into these? I’m thinking about the transition from easel convenience to canvas-born mural scale, and the value of working big. A few years ago in Giverny, I visited the barn-like studio that Monet built in 1914. He already had a destination for the water-lilies — the Orangerie. Monet was one of its founders. He called them his “testamentary” paintings. In Giverny, he needed more elbow room. Monet now knew the value of standing back. 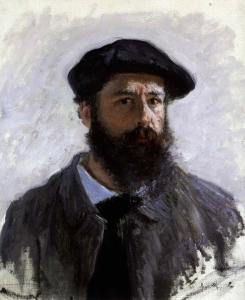 I’ve been in these two rooms for so long that my stomach is concerned. A guard has already determined that I’m planning a heist. I’m sure she has alerted her supervisors. And then there’s a man who has been in here almost as long as I. He moves from bench to bench. He has a round, friendly face and an honest smile. I find relief in pretending we have met. We talk in hushed, religious tones. He is M. LeClerc, an actuary from Poitiers, in Paris for four days. He thinks I’m an American. I tell him I’m from Canada. “What do you see here?” I ask him.

“I know nothing about art,” he tells me, “But every time I come to Paris I enter these rooms. The collection was closed for some six years and Paris was very dull. These are sublime things. They are beyond words or expressions. They cannot be categorized or listed. In winter they take you to spring. They bring my boyhood and my home. Maybe God is in these things. What do I see? I see sadness and I see beauty. What else do we need? What else do we have?” His face is flushed, his eyes moist. “But then, who am I to say?” he asks. “I know nothing about art. Do you have such experiences in Canada?” 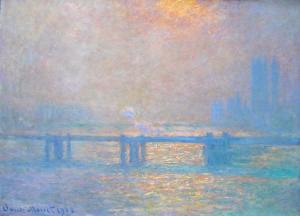 PS: “What can be said about a man who is interested in nothing but his painting? But I can’t do anything else. I have only one interest.” (Claude Monet)

Esoterica: Claude Monet (1840-1926) was the archetypal Impressionist. Throughout his life, through thick and thin, in poverty and wealth, in sickness and health, he was devoted to the ideals of the movement. Monet was self-depreciating, persistent, and knelt squarely at the foot of Nature. “It really is appallingly difficult to do something which is complete in every respect,” he said, “and I think most people are content with mere approximations. But I intend to battle on, scrape off and start again. I would love to paint the way a bird sings.” Battling on through scarring cataracts, he worked until the very end.

This letter was originally published as “The other eye” on December 15, 2006. 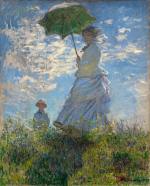 “Nature won’t be summoned to order and won’t be kept waiting. It must be caught, well caught.” (Claude Monet)