You are at:Home»Letters»The Post-Show Blues
By clearmarble August 12, 2014 Letters
Dear Artist, Some artists have trouble getting back into their work after a solo show. The desire is there but they can’t proceed. It’s called PSB — Post-Show Blues. I’ve spent a lifetime trying to either eliminate or lessen the condition. A show’s success or failure has little to do with the severity of the problem. While there are lots of causes, it’s often the fallout from stress in the period leading up to and during the show and the psychic vacuum that follows. PSB is as old as Adam and Eve. 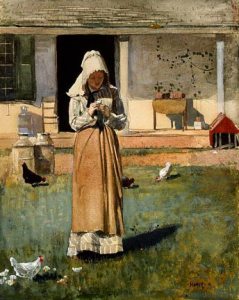 Many artists begin to feel empty and somehow vulnerable, asking the sad question, “Is that all there is?” Artists need a “divorce” from their previous commitment so they can proceed with a new love. A quickie divorce is better than a drawn-out one. It’s actually possible to start the new love before the old one expires. That way you’re not stepping off into unknown territory after the event. So as not to become jaded, depressed or even impressed with yourself, make it a point not to revisit the prior show or pay much attention to its denouement. It’s like moving to a new town and starting all over as a virgin. While you may be in pretty deep in one place, you need to be noting how you might do things differently next time around. There’s often an uncanny bombardment of ideas just when you’re winding up a show. Potential new loves are precious. You need to jot down their numbers. Another common problem is separation anxiety. Some artists find it hard to part with what they consider their best work. This is a career killer and needs to be neutralized with the knowledge that works of art are always yours no matter whose walls they’re on — and they’re best off on someone else’s. Our imaginations are wider than we know. Our capabilities are far greater than the length and width of a single show. When you trust where your feet may take you next, you will fall in love again. 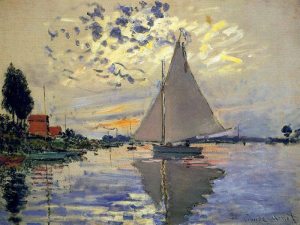 Best regards, Robert PS: “What’s the use? The people are too stupid. They do not understand.” (Winslow Homer) “I must discount the show since I had nothing worth showing.” (Claude Monet) Esoterica: Both of the painters quoted above rose to show again in variety and diversity. “I am pleased with the exhibition,” wrote Claude Monet. “It has been a long time since I believed that you could educate public taste.” Perhaps you might enlarge on what you were doing before. If you were to choose something quite different, the effects of prior explorations will creep back in anyway. The important thing is to grab your brushes and start again with your heart’s desire. Powerful love-boats are difficult to turn around or get stopped. This letter was originally published as “Post Show Blues” on April 14, 2009.   [fbcomments url=”http://clicks.robertgenn.com/the-post-show-blues.php”]  Featured Workshop: Lin Souliere

Lin Souliere workshops Journey in Watercolour. The next workshop will be held in Tuscany, Italy from September 13th to September 24th, 2014.   The Workshop Calendar provides up-to-date selected workshops and seminars arranged in chronological order.