You are at:Home»Letters»The Starbucks experience
By ShawnA June 23, 2015 Letters

I wrote a letter recently about the similarity of running a business and being an artist. As usual a whole bunch of artists agreed with me, and a whole bunch of others told me I’d been drinking my turps. Then yesterday I picked up a reading sample–that’s book-talk for a preview of an upcoming book. The Starbucks Experience, Five Principles for Turning Ordinary into Extraordinary by psychologist Joseph Michelli will be out next month. 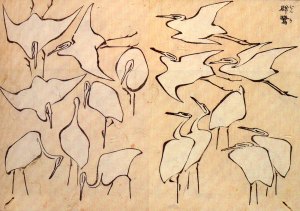 Michelli was granted unlimited access to the inside workings of Starbucks. In case you didn’t know, Starbucks is the biggest chain of coffee shops in the world. There are now more than 11,000 outlets in 37 countries–five new ones start pouring coffee every day. Howard Schultz, the founder, began in Seattle, Washington in 1971 with one shop. If you’d invested $10,000 when stock was first offered in 1992, you’d now have $650,000. Starbucks is regularly voted one of the best run companies. Starbucks has changed coffee culture from dullsville 50 cent mugs of murky brew to $4.00 specialties like “quad, two-pump vanilla, one-and-one-quarter sugar-free hazelnut, ristretto latte, half soy, half nonfat, extra hot, with whip.” Staff at Starbucks are real friendly taking dough out of your pocket, and customers love the custom treatment. Who would’ve thought? Even Howard Schultz was surprised. His second big idea had been to open another shop in Portland.

Michelli found the Starbucks culture to be an overflowing cup of empowerment. All employees, from the top brass to the 20-hour-per-week “baristas” are offered a stake in the company. But this is only part of what makes the company so different and so successful. When I read the five principles I almost gagged:

1. Make it your own
2. Everything matters
3. Surprise and delight
4. Embrace resistance
5. Leave your mark

I’m inviting you to take a look at those principles and see if they don’t apply every time you go into your studio and pick up your tools. Think about those principles, and then let’s meet at Starbucks. It’s just down the road. 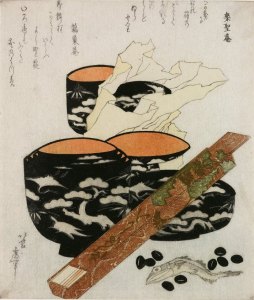 PS: “The Starbucks Experience reflects tenets that are simple, yet not simplistic. They are results-oriented and can be deceptively powerful when applied.” (Joseph Michelli)

Esoterica: Starbucks goes to a lot of trouble to train employees to be both skilled in the culture and happy in their work. Unlike most companies, Starbucks spends more on training than advertising. Job satisfaction translates into an emotional customer connection. For example, when “Surprise and delight” happens during the making of something, the effect is transferred down the line. In any creative endeavor, “How can I delight myself?” is a most important question. It’s hard for some of us to believe, but more than one person has a stake in the outcome of our work. “Double double, please.”

This letter was originally published as “The Starbucks experience” on October 24, 2006.

The Old Man Mad About Drawing: A Tale of Hokusai, a book published in 2004 by Francois Place, brings to life the immortal Japanese illustrator and printmaker Hokusai, who left for posterity thousands of sketches and drawings, illustrated books and prints. Just before he died in 1849  he said, “If heaven gives me ten more years (or even an extension of five), I shall certainly become a true artist.”