You are at:Home»Letters»Together, apart
By ShawnA November 4, 2016 Letters

In 1967, two aspiring teenaged songwriters named Bernie and Reginald answered the same newspaper ad placed by a UK record label. Unknown to each other, they were matched when Liberty Records A&R Head Ray Williams handed Reg a stack of Bernie’s lyrics on the way out of his failed audition. Reg took them home, put them to music and mailed them back to Bernie. 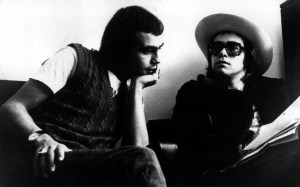 Bernie, 17, had grown up in a Lincolnshire farmhouse without electricity. Reg, from his grandmother’s council house in North London, grew up listening to his mum’s weekly record buys — getting hooked on the music of Jerry Lee Lewis, Bill Haley and Elvis. He picked up the piano early and at age 11 won a junior scholarship to the Royal Academy of Music. By 15, he was the weekend pianist at the local pub and had formed his own blues ensemble, touring as the backing band for the Isley Brothers, Patti LaBelle and Long John Baldry. Meanwhile in Lincolnshire, Bernie had dropped out of school to work as a printer’s apprentice at the local newspaper and thought about being a journalist. Before long he was bouncing between odd jobs and hanging out in the pubs and at the youth dances in the nearby villages. And soon the influence of his mother and grandfather’s literature and classics studies spurred in Bernie a transformation of his own love of narrative poetry into lyric writing.

Bernie and Reg rarely hung out in person. In 1968 they joined DJM Records as staff songwriters and within a year were fleshing out a gospel-chorded pop-rock style and arpeggio-laden balladry oozing with pictorial storytelling, always working separately and in sequence. “I don’t try to analyze it. It’s a strange approach, but it works.” (Elton John) 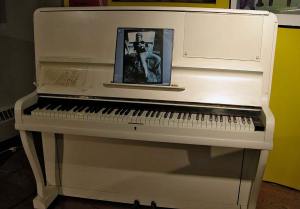 Elton John wrote his first five albums including his first hit single “Your Song” on the 1910 upright piano in his mother and step-father’s North London flat. He would live with them until he had four albums simultaneously in the American Top 40.

PS: “And now I know
Spanish Harlem are not just pretty words to say
I thought I knew
But now I know that rose trees never grow in New York City 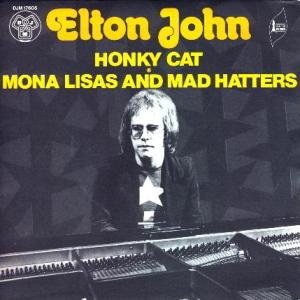 While Mona Lisas and Mad Hatters
Sons of bankers, sons of lawyers
Turn around and say good morning to the night
For unless they see the sky
But they can’t and that is why
They know not if it’s dark outside or light

This Broadway’s got
It’s got a lot of songs to sing
If I knew the tunes I might join in
I’ll go my way alone
Grow my own, my own seeds shall be sown, in New York City

Esoterica: Since 1967 Bernie Taupin and Reginald Dwight (who changed his name to Elton John in 1968), have collaborated on more than 30 albums. Together apart, they wrote Rocket Man, Levon, Madman Across the Water, Honky Cat, Tiny Dancer, Candle in the Wind, Saturday Night’s Alright for Fighting, Bennie and the Jets, Goodbye Yellow Brick Road, Mona Lisas and Mad Hatters, Don’t Let the Sun Go Down on Me, Someone Saved My Life Tonight, The Bitch is Back, Daniel, I’m Still Standing, I Guess That’s Why They Call It The Blues, Sad Songs and This Train Don’t Stop Here Anymore, among others. Their creative process remains basically the same, with Taupin writing the lyrics alone first and then sending them to John to put to music, arrange and record. Last week at Caesar’s Palace as part of a six-year residency, Elton John told the story of reading the lyrics of Your Song for the first time. “They struck me as very special and mature,” he said before playing it, accompanied by his same band of almost 50 years. Your Song, their first hit, was written when Bernie Taupin was 17 and Elton John was 20. 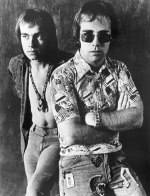