You are at:Home»Letters»Travel tips
By ShawnA June 9, 2015 Letters

I’ve been asked about getting gear to workshops overseas, since not everyone can afford to re-equip themselves on these occasions. 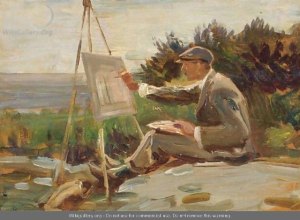 “An Artist Painting Near Lamorna, Cornwall”
oil on canvas by
Alfred James Munnings (1878–1959)

Actually, re-equipping some of your stuff on location is half the fun. I recommend that you go as wild and crazy as you can afford. Foreign art stores are full of magic stuff with unfamiliar names. It’s one of life’s major highs. Renewal is the game. In France, for example, they sell brushes with handles that are 18 feet long. Easels are a different matter. You can’t go buying a new French easel every time you land somewhere. They go in the hold with your luggage. Because they’re awkward and pointy, I put on a couple of turns of bubble-wrap in both directions. Still transparent, security personnel can see what’s in there. When they ask, I say, “Paint-box; I’m an artist.” They often say, “Go away.” Load your paint-box carefully. If you’re working in oils, you leave out the turps and other flammable fluids. No spray cans. Linseed, Copal, Damar, etc., in little bottles seem to be okay. Acrylic: no problem. For some reason they look at tubes; I once had a douanier squeeze a little bit from a random selection. I let him keep his efforts. Watercolour boxes can snuggle in a sweater in your luggage, and tripod-easels can be taken along with other people’s skis by “Special Handling.” Powdery pastels arouse little suspicion but they don’t travel well. You might think of buying a few when you get there. “When in Rome, etc.” 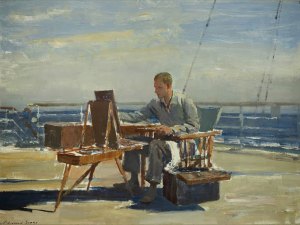 “The Duke of Edinburgh, painting at his easel on board the Royal Yacht Britannia”
by Edward Seago (1910–1974)

With regard to the art you produce while you’re away, don’t sign it. Art’s not a customs event if it’s not signed. Don’t finish it either. Give your travel-work the benefit of home-eyes. That last sentence is some of the best advice I’ve ever given. It pays for a pile of travel. Another thing: Stretcher sizes in Europe and other places tend to be in centimetres and won’t fit your standard-size frames if you bring them back to North America or the UK. I take stretchers with me, remove the canvas and layer them on the bottom of the suitcase for the trip home. If you work in oil, three days on the Riviera will dry them. 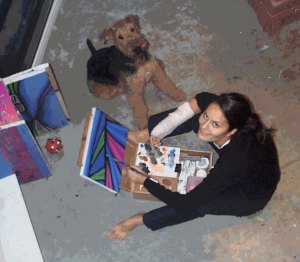 PS: “No mode of creation is more direct or naturally arrived at than the accumulation of materials found close at hand.” (William Seitz)

Esoterica: A favourite home-built easel is one I call “The Laptop.” It’s a folding box designed for horizontal 11″ x 14″s. This may seem an unnatural limitation, but sometimes a limitation can be a creative source. It’s not the only easel in the world, but it’s simple to build and a piece of cake to ship.

This letter was originally published as “Travel tips” on March 12, 2002. 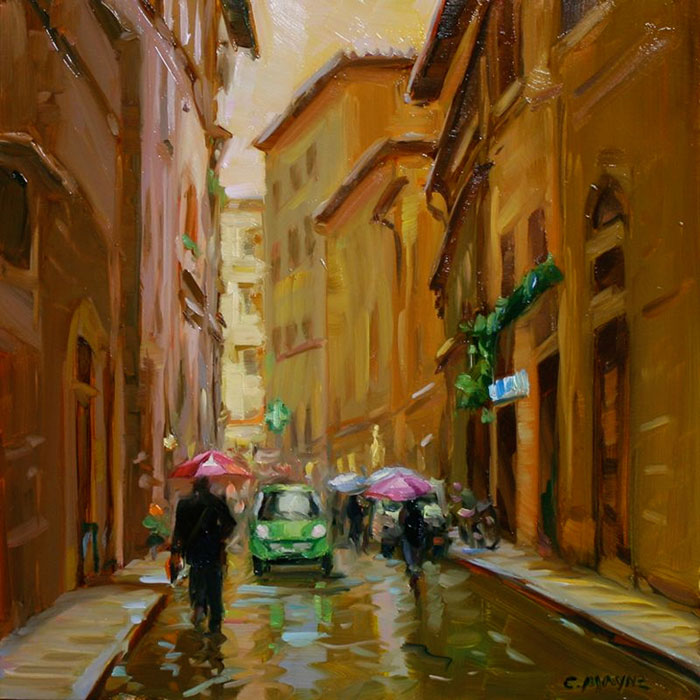