You are at:Home»Letters»Why people steal art
By ShawnA September 4, 2018 Letters

A few years ago a thief looked in a gallery window and saw what he thought was a painting by a relatively expensive, dead artist. Using an accomplice to distract the dealer, he grabbed it and fled. It turned out to be one of mine. I know the disappointment he must have felt because the painting soon appeared in a nearby dumpster. This is an example of someone trying to steal something that might have been successfully fenced in an auction or another gallery. I fooled ’em. 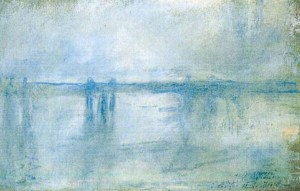 The theft of Edvard Munch’s The Scream and Madonna, from the Oslo Munch Museum is a theft of a different stripe. Impossible to resell, these works can only have been stolen because they could be. In a way, it’s good to know that there are people in this world, like artists, who want to see if they can get away with things — to test the limits of their cleverness. Apparently, it’s also got something to do with stealing the magic that is art. British psychoanalyst Darian Leader explains the phenomena in Stealing the Mona Lisa. His book tells of the poor Italian house painter, Vincenzo Peruggia who, in 1911, merely tucked Mona under his smock and put her in the closet of his humble room. Later he confessed he did it not for money but for the love of a woman. 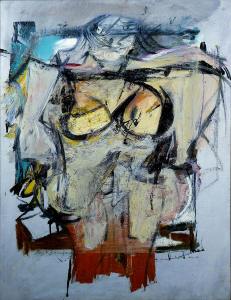 Leader also suggests that a painting needs to be properly stolen in order for it to become an icon and irresistibly desirable to a wider public. Further, as most of the thieves are men, the stealing of female imagery takes the psychoanalyst into some sticky stuff. Leader says, “An image is a human-capturing device.” Apparently, thieves as well as artists know this. But maybe some moneyed connoisseur knows it too and is privately slavering over Madonna and Scream along with a Schnapps and a good cigar in a paneled inner sanctum. Meanwhile his clever hit-men are blowing his cash in a bar. Leader concludes that no one does the big jobs for the money.

Of particular interest in the Mona Lisa case, gallery-goers lined up for years to file past the empty space where the painting once hung. That’s sort of modern — conceptual — when you think of it. One thing I do know is that art makes some people go funny and do crazy things. Like the guy who threw mine into the dumpster. 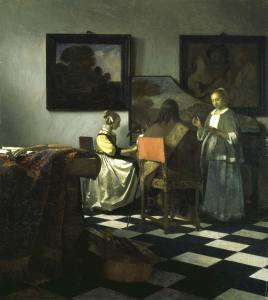 PS: “The Mona Lisa is a magical prize, an amulet to ward off a feeling of insufficiency.” (Craig Burnett)

Esoterica: Stealing, like art itself, is an art. Stealing art is one of the highest of the stealing arts. Books are written and films are made honouring this tradition. To have one’s work stolen is a compliment and can be a big career move. Try to get your stuff stolen.

This letter was originally published as “Why do people steal art?” on August 31, 2004.

A History of Loot and Stolen Art: From Antiquity Until the Present Day

“What’s new is this amazingly efficient distribution system for stolen property called the Internet — and no one’s gonna shut down the Internet.” (Steve Jobs)