You are at:Home»Letters»Your brain on art
By ShawnA July 29, 2016 Letters

While learning the springs at my local Pilates studio recently, I noticed a sign above the cubbies: “You are only one workout away from a good mood.” I thought of a friend — a marathoner, hyper as a junkie, her “runner’s high” streaming with endorphins day after day. These endogenous opioid neuropeptides are pumped out by the central nervous system and pituitary gland to counteract the transmission of pain signals — a side effect is often euphoria. In lieu of a marathon, you can release them by laughing or getting a tattoo — but what about painting? 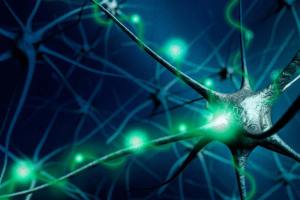 German neurologists at the University Hospital Erlangen have been studying the brain on art. According to a recent experiment, while painters have their ups and downs, it’s not painkillers they’re releasing. Instead, artists are engaged in the refinement of grey matter — building connections between regions of the brain for higher, more integrated functioning. In the study, 28 men and women took a “resilience scale measurement” psychology test, agreeing or disagreeing with statements like, “I can usually find something to laugh about,” and had their brains scanned. Then, once-a-week for ten weeks, they either learned to paint or attended an art appreciation class where they analyzed and discussed artwork with an historian. After the ten-week period, participants retook the resilience test and had their brains rescanned. Researchers noticed that the painters saw raised levels of brain function connectivity and a considerable bump in psychological resilience, while the appreciation group remained unchanged. The painters’ brain improvement was pinpointed to within their default mode networks — an area responsible for introspection, self-monitoring and memory. 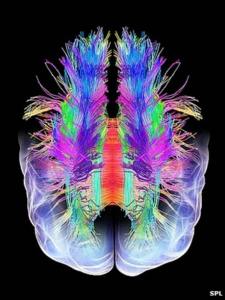 Perhaps you already knew this. Art-making demands our experiences and observations be processed in inventive, abstract ways, with focus and emotional alertness — or as the researchers concluded, painting requires “enhanced memory processing, which is indeed required when stored knowledge is connected with new information to create creative works.” Squeeze out. You’re only a painting away from a better brain.

PS: “The participants had to find an individual mode of artistic expression and maintain attention while performing their activity. Although we cannot provide mechanistic explanations, the production of visual art involves more than the mere cognitive and motor processing described. The creation of visual art is a personal integrative experience –- an experience of ‘flow’ — in which the participant is fully emerged [immersed]in the creative activity.” (Anne Bolwerk and Christian Maihofner, How Art Changes Your Brain: Differential Effects of Visual Art Production and Cognitive Art Evaluation on Functional Brain Connectivity) 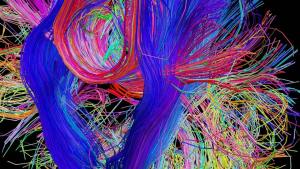 Esoterica: Because with age the default mode network begins to decline, the neuroscientists at University Hospital Erlangen studied the brains of older people. Their test subjects were men and women aged 62-70 — each retired for a minimum of 3 months and no more than 3 years. A significant improvement was found in the visual art production group. “Our results have important implications for preventative and therapeutic interventions,” say Bolwerk and Maihofner. The verdict is in: Picking up a brush at any age can strengthen brain connectivity and build confidence and emotional resilience. “Art is a guaranty of sanity. That is the most important thing I have said.” (Louise Bourgeois) 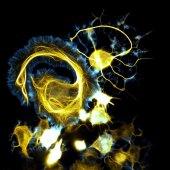 “Every moment of our life can be the beginning of great things.” (Joseph Pilates)